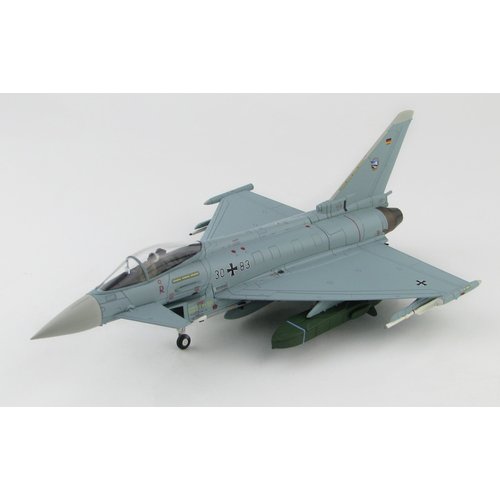 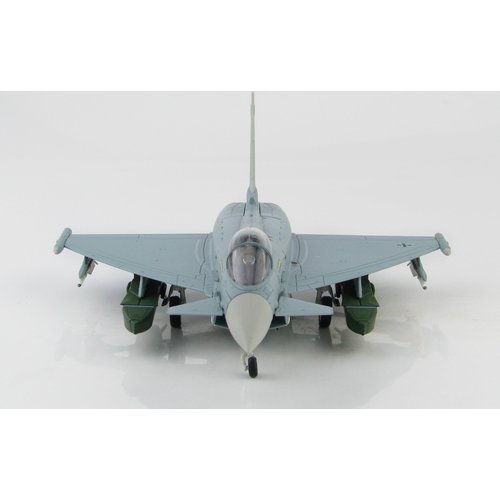 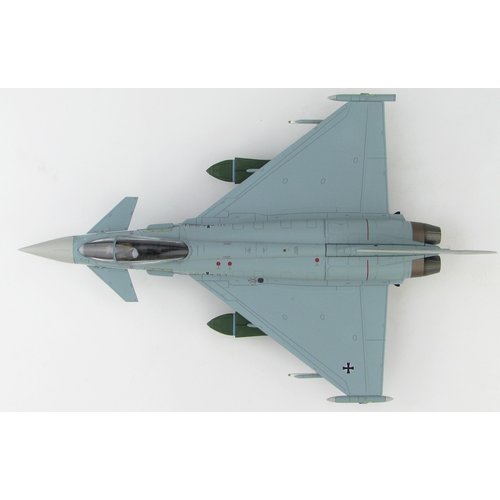 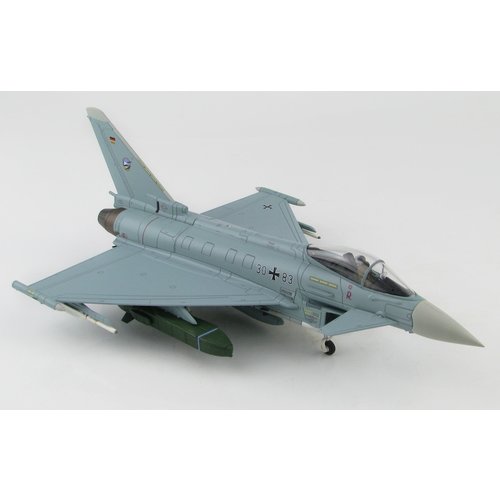 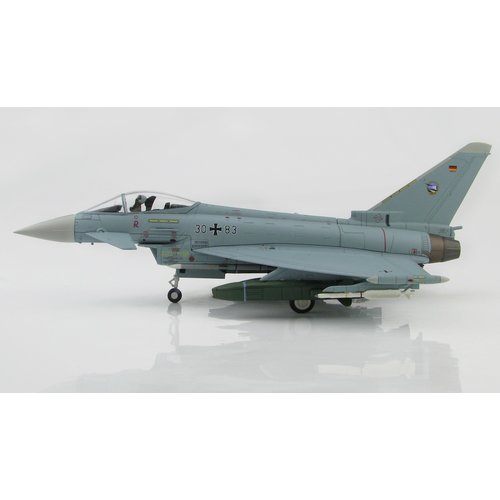 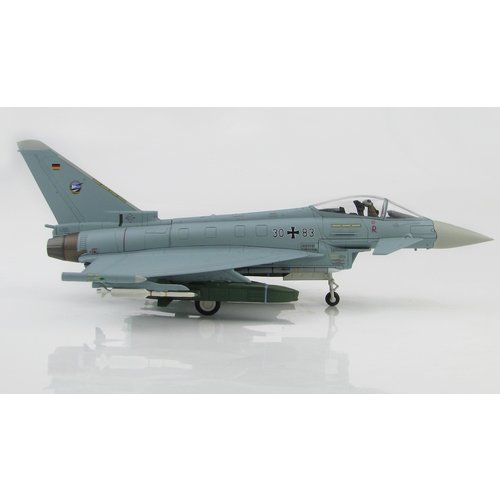 The Eurofighter Typhoon is a twin-engine multi-role fighter built by a European consortium made
up of the UK, Germany, Spain and Italy. With 4 countries involved it is necessary to have what
they call Tranches (similar to contracts) that are broken down into batches and blocks. The
development of the Eurofighter began in 1983 with the prototype maiden flight of the Eurofighter
taking place on March 27, 1994. The first fully equipped Tranche 2 Instrumented Production
Aircraft (IPA7) took to the skies on January 16, 2008.


The Jagdgeschwader 74 was activated on May 5th, 1961 at Neuburg Airbase equipped with the
F-86K Sabre. The F-104 came next in 1964 followed by the F-4 Phantom in 1974. The summer of
2006 saw the arrival of the Eurofighter Typhoon II and the last Phantom departing making JG 74
the first operational German Eurofighter squadron. In June 2013 fighter wing Jagd Geschwader
74 (JG74) was renamed Taktisches Luftwaffen Geschwader (Tactical Air Force Squadron) 74.
Eurofighter 30+83 c/n GS063 joined JG-74 in June 2013 and later transferred to JG 71.