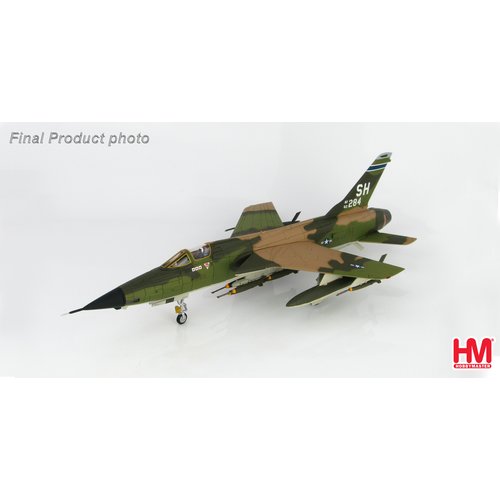 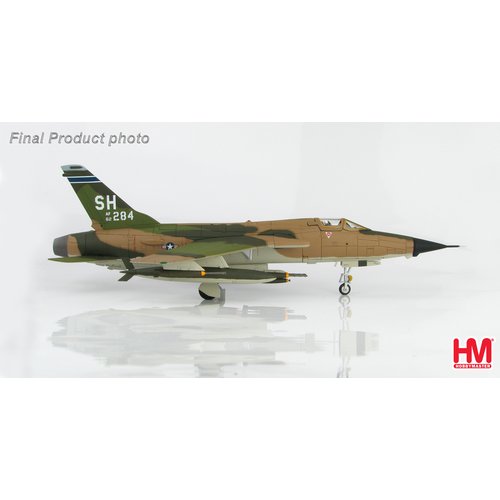 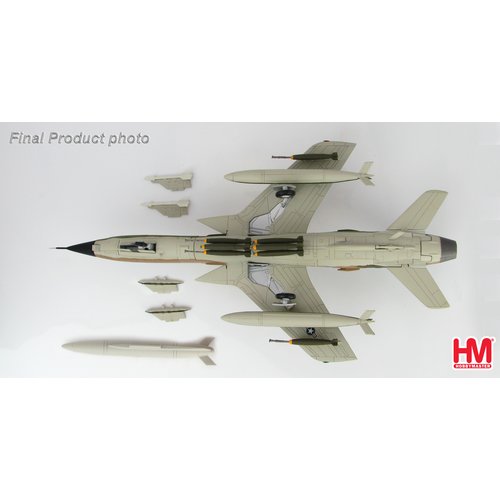 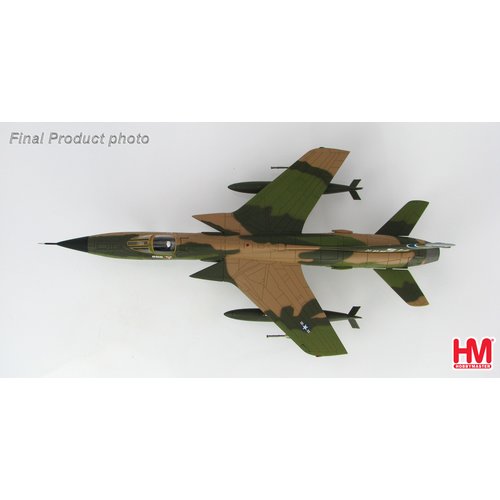 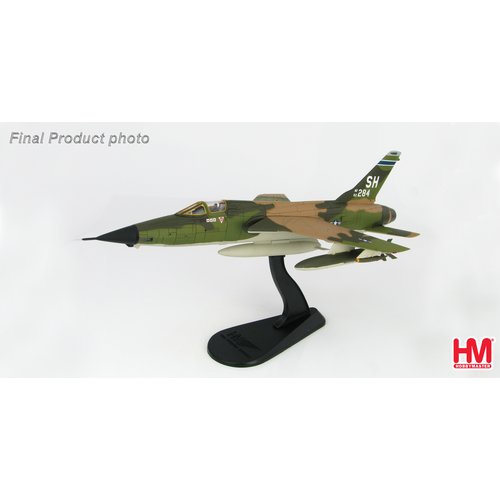 Die-cast metal.
Superb detailing in 1/72 scale.
Pre-painted with pad applied markings.
Fully assembled.
Weapons that are not permanently attached.
Comes with crew figure.
Display stand included.
Option to display model with wheels up or down.
Minimum use of plastic.

The F-105D was first accepted on September 28 1960 and became the major variant
with 610 aircraft being built. Intended for a nuclear strike role but since the nuclear threat
became less likely the role became a high-speed bomber. The Pitot tube was moved to
the nose that had been extended approximately 15 inches more than the "B". The "D"
received strengthened landing gear and an arrestor hook in case it over shot the runway.
During 1966 and 1967 F-105Ds managed to down 25 MiGs using the 20-mm cannon and
2 other using Side-Winder missiles.


Specifications for the Republic F-105D Thunderchief

Fuel
Normal Internal Fuel Load - 1,160 US gallons
Internal Weapons Bay - 390 US gallon auxiliary tank
Optional 450 or 650 US gallon external tanks on the fuselage centerline
Plus a 450 US gallon tank on each of the inboard under-wing pylons