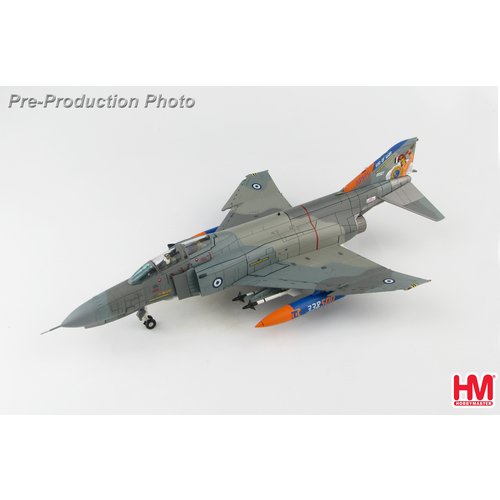 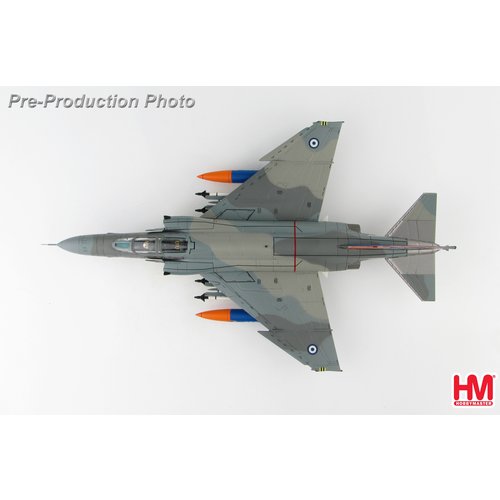 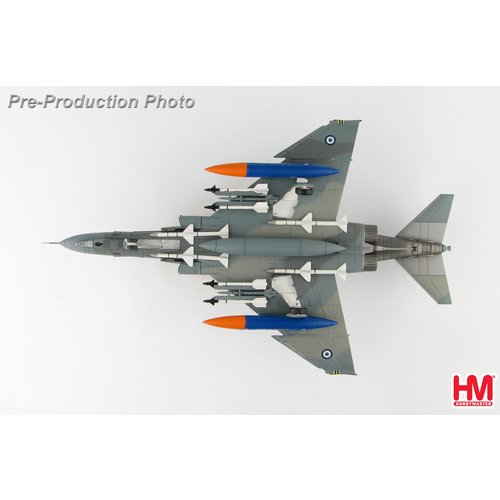 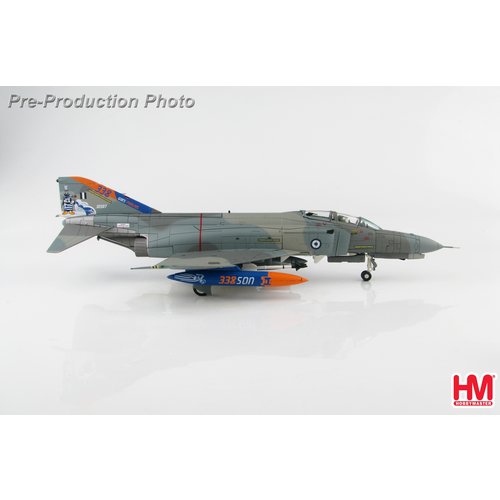 The F-4E variant was an improved version of the C/D with an elongated nose and compact
radar. These two things made it possible to install a 20mm M61A1 6 barrel 640 round Vulcan
gun pod in the nose. The F-4E was the most produced variant with 1387 aircraft being made
over its 12 year production period. The “E” also equipped more air forces than any other variant
of the Phantom II.


The first Hellenic Air Force (Greece) F-4E Phantom II arrived on April 4, 1974. In June 2019 the
HAF sent aircraft to Volkel AB in the Netherlands for Air Force Days 2019. F-4E AUP 72-1507
from 338 Mira (Squadron) was given a special paint scheme for the occasion. On the right side
of the tail is Spooky wearing a Greek flag, holding a gun with a tulip in the barrel and wearing
Dutch clogs. On the left side is ARES (Mars) God Of War who has been the 338 symbol since
1974.


Armament
(1) 20-mm M61A1 cannon with 639 rounds in an under-nose gondola
(4) AIM-7 Sparrow semi-active radar homing air-to-air missiles in semi-recessed slots in the
fuselage belly.
(2) to (4) AIM-9 Sidewinder infra-red homing air-to-air missiles carried under the wings on the
inboard pylons.
Total offensive load of up to 16,000 pounds could be carried on the centerline and four under-
wing hard-points.