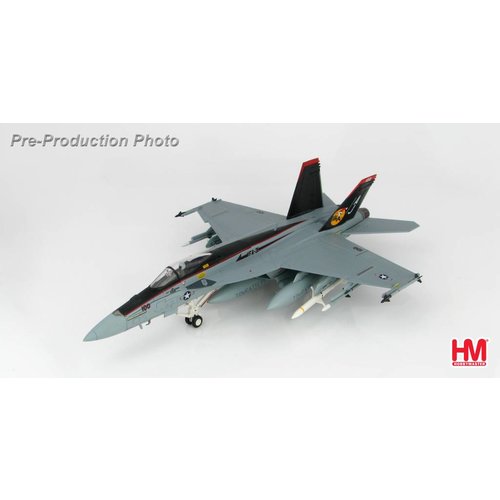 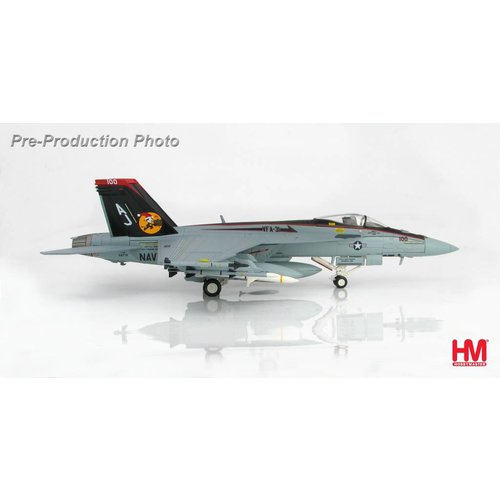 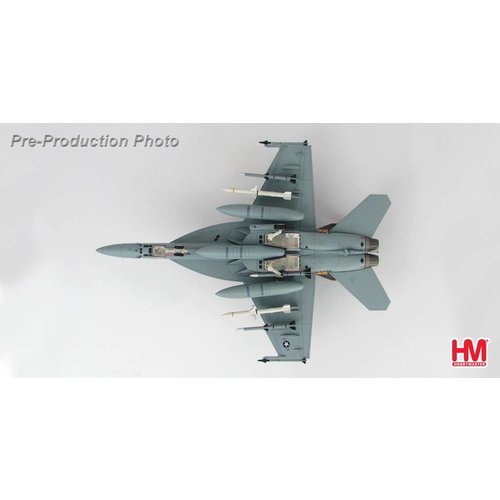 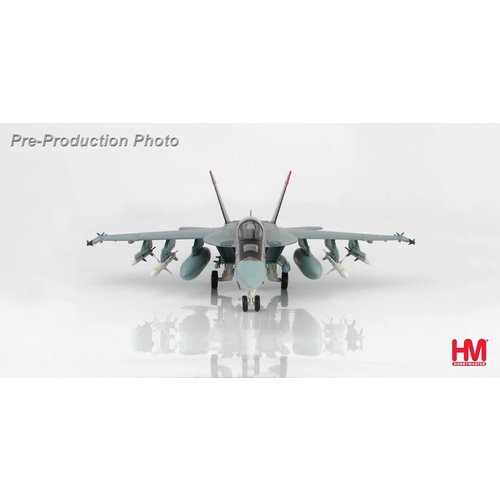 The McDonnell Douglas (now Boeing) F/A-18 Hornet is a supersonic twin engine all-weather
night fighter and attack aircraft. The F/A-18s first flew in November 1978 and the first
production flight on April 12, 1980. The first 380 aircraft were F/A-18As and in September
1987 production switched to the F/A-18C. Variants A and C are single-seat aircraft while B
and D are tandem-seats. The Hornet can operate from either aircraft carriers or land bases
with the capability of in flight refueling. A total of 1,480 A-D variants were built.


The original squadron was established in 1943 as the “Tough Kitties” and re-commissioned
in 1952 as VF-94 nicknamed the “Mighty Shrikes”. On June 18, 1990 the “Mighty Shrikes”
received their first F-18C and on the 28th were re-designated Strike Fighter Squadron 94
(VFA-94) call-sign “Hobo”. On board the USS Nimitz VFA-94 took part in several operations
including OIF. F/A-14C Bu No. 164048 was delivered to the USN in July 1990 and has spent
more than 14 years with the “Mighty Shrikes” who refer to themselves as “Hobos in Hornets”.