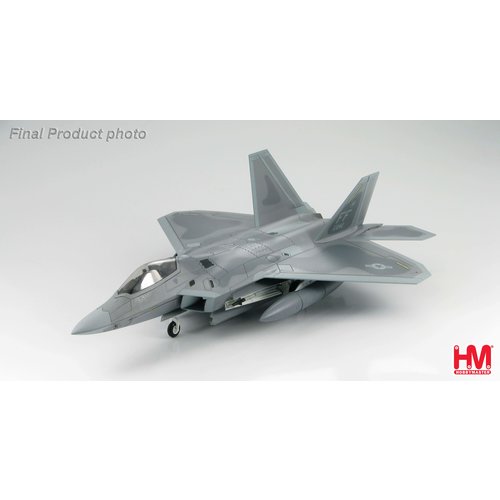 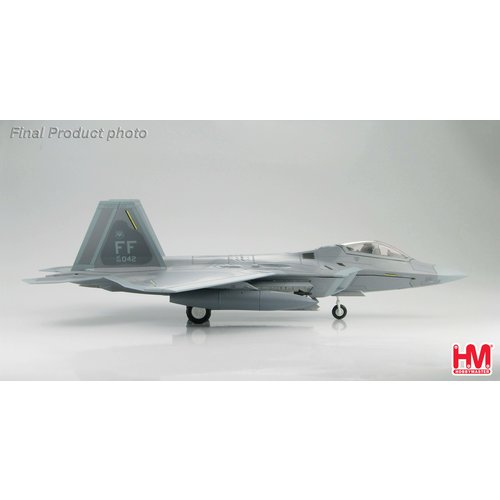 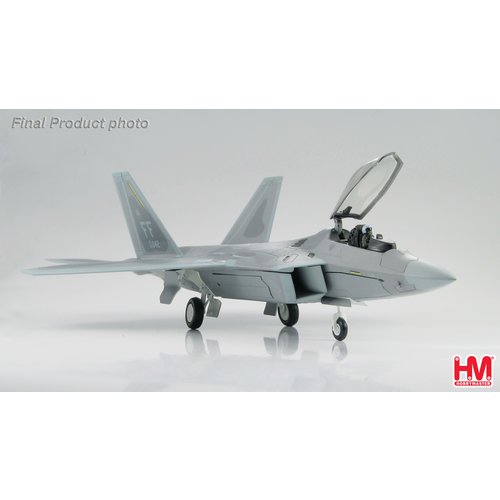 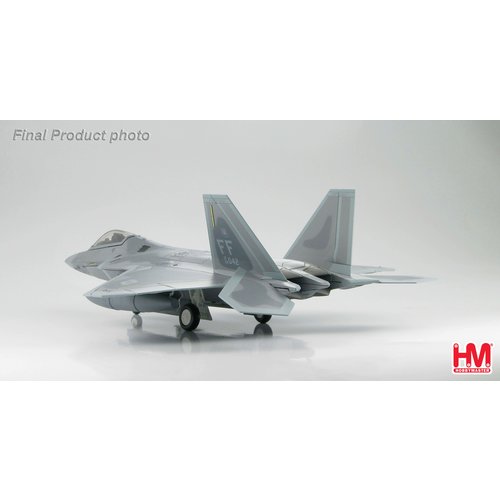 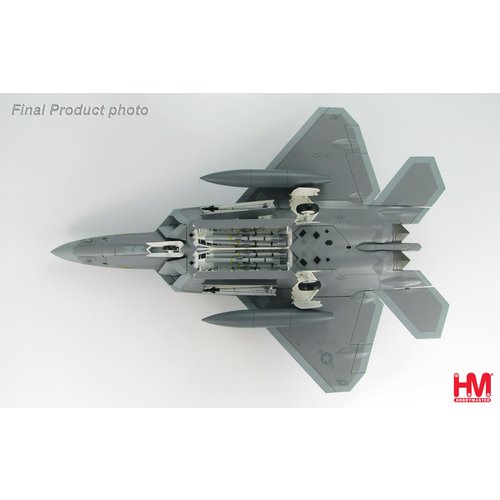 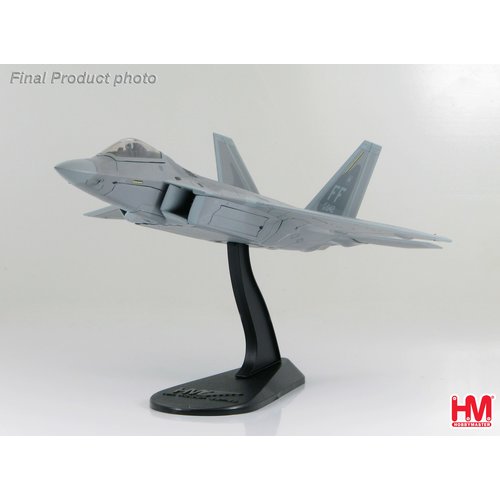 Two proposals were submitted with the Lockheed Martin F-22 Raptor being selected as the new
Advanced Tactical Fighter (ATF). The aircraft is constructed using 39% titanium, 24% composite
material, 16% aluminum and 1% thermoplastic by weight. All these components contribute to the
F-22 being a light weight, extremely maneuverable, extremely fast aircraft that uses stealth
technology. The F-22 is also capable of ground attack, electronic warfare and signals intelligence.

"The Fighting Eagles" (also known as "Black Falcons")
The 27th Fighter Squadron is a squadron of the United States Air Force, currently part of the 1st
Operations Group of the 1st Fighter Wing, and deployed at Langley Air Force Base in Virginia.
The unit was designated and re-designated numerous times before becoming the 27th Fighter
Squadron Sept.1, 1991. The 27th took part in support of Operation Desert Storm based in Saudi
Arabia. The 27th was the first operational squadron to fly the F-15 Eagle starting in 1976. Next in
2005 the 27th became the first operational F-22 squadron with a fleet of 40 aircraft. Elmendorff
AFB, Alaska, became the second in August 2007 and Holloman AFB, New Mexico the third in
June 2008. Operational Raptors will also be based at Hickam AFB Hawaii.

2008 approval for 4 additional aircraft bringing the total to 187