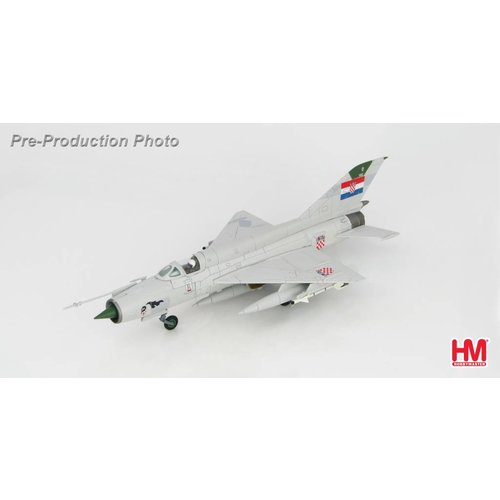 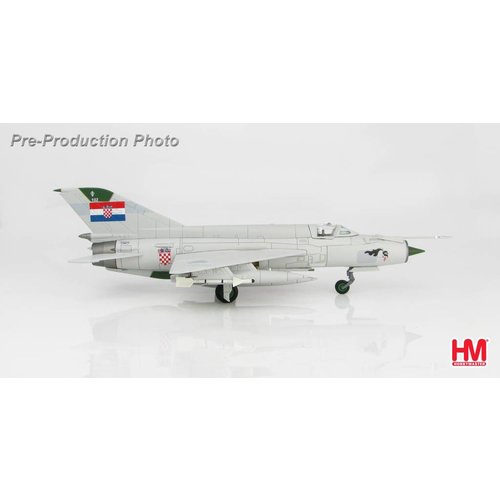 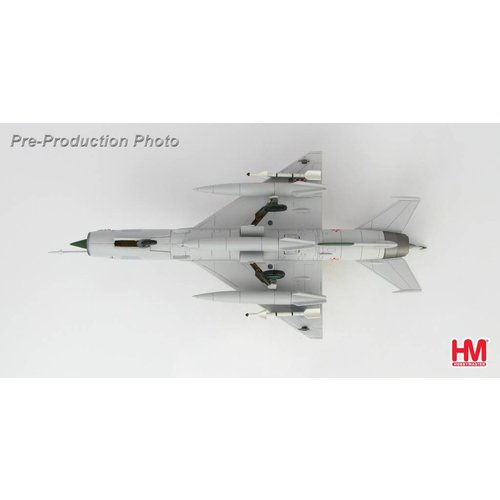 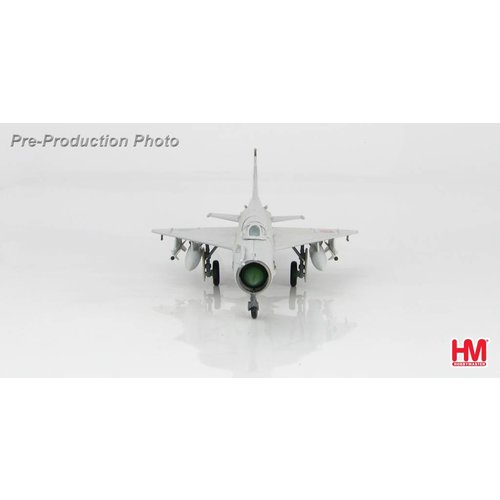 The Mig-21 was originally built by the Mikoyan and Gurevich Design Bureau in the
Soviet Union with a NATO nickname Fishbed. No other jet has had as many planes
produced as the Mig-21. Depending on the reference source 8,000 - 13,000 planes of
all versions were made in the Soviet Union, under license to allied countries and China
without license. A small, fast, agile, dependable and most importantly simple making it
easy to turn out great numbers of the plane.


The Six Day War took place from June 5 to June 10 1967. The participants were an
alliance of Arab countries consisting of Egypt, Syria, Jordan and Iraq against Israel.
Israel was aware of the build up of the neighboring Arab states armed forces and
decided to launch a preemptive strike on June 5. Israel inflicted heavy losses on the
Arab nations and captured the Sinai Peninsula, Gaza Strip, West Bank, Golan Heights
and Jerusalem. A UN cease-fire was agreed to on June 10.


The MiG-21FL is a downgraded variant of the MiG-21PF and meant for the Third World
market. It is has the lesser powerful R11F-300 engine. This variant also lacks the ability
to carry RS-2US beam-riding missiles and has the basic version of the RP-21 radar.
The FL has a wide chord fin as well as a brake chute fairing.