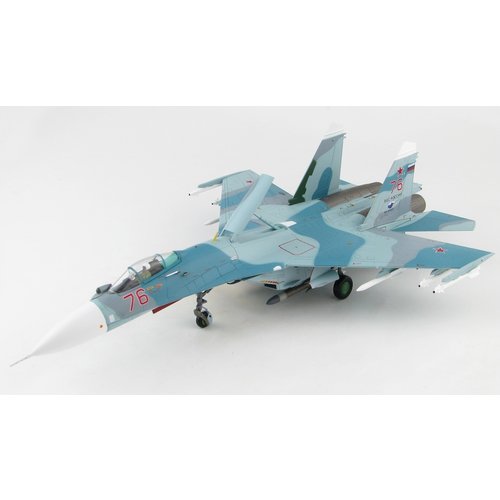 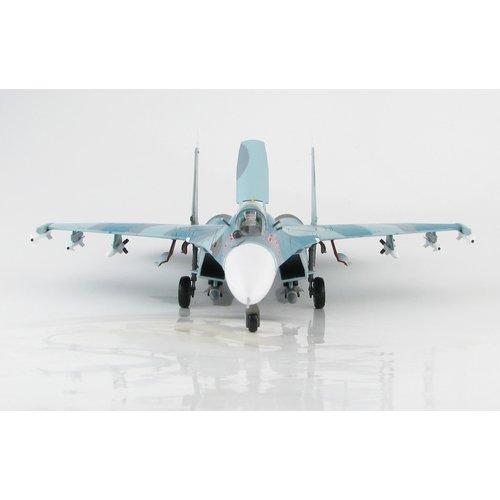 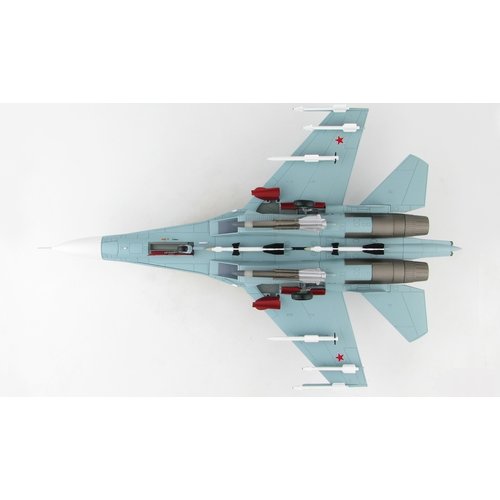 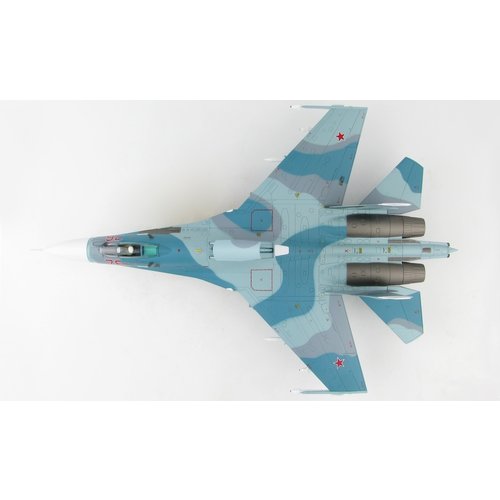 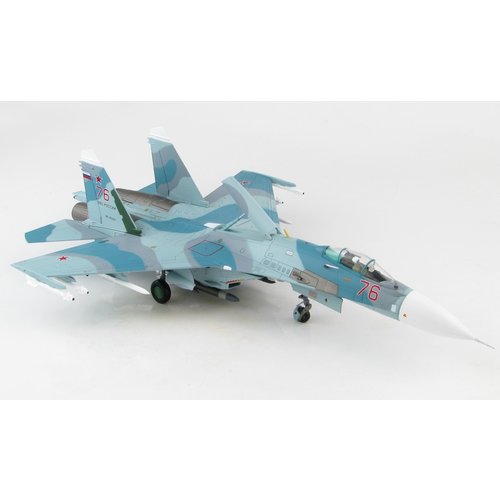 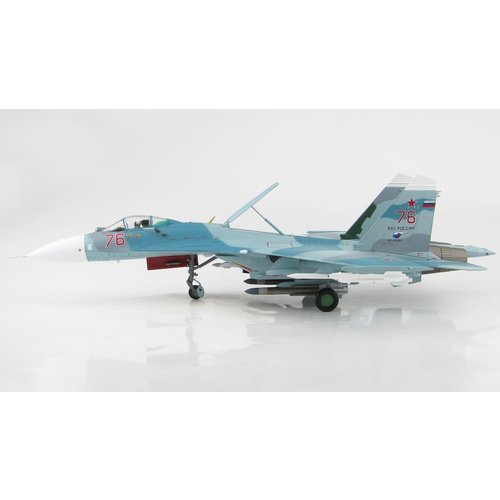 The Su-27S (NATO reporting name – Flanker) is a single-seat highly-maneuverable
fighter aircraft built by Sukhoi Design Bureau as the Soviet response to the U.S. F-14
and F-15 and entered service in 1985. The primary role of the Su-27 was to provide
defense against American bombers, USN ships and provide Soviet bomber escorts.
There have been many improvements over the years resulting in numerous variants of
the Su-27. The export variant, the Su-27SK was sold to China and eventually developed
into the license-built Shenyang J-11.


Between 2004 – 2009 54 Su-27S and P variants were upgraded to Su-27SM (serial
modernization). The upgrade included a better fire control system; new radar with a
phased array antenna that allowed for an air-to-surface mode and a larger assortment
of armament. Three MFD (multi-function displays), a HUD; a new self-defense system
along with satellite communications gave an extended life to the Su-27s but are now
being replaced by the Su-35. As new Su-35s arrived at Dzemgi IAP the 12 Su-27SMs
were transferred with Red 76 RF-95261 going to the Besovets IAP.