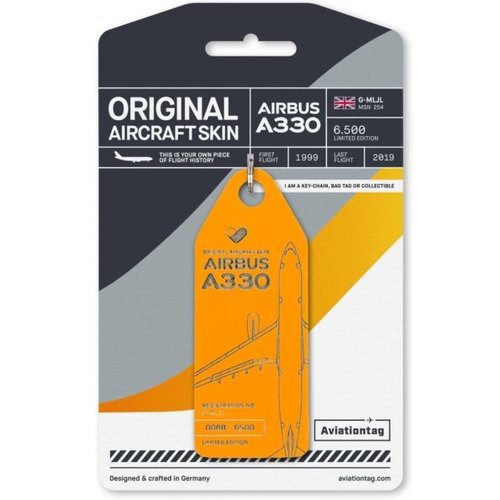 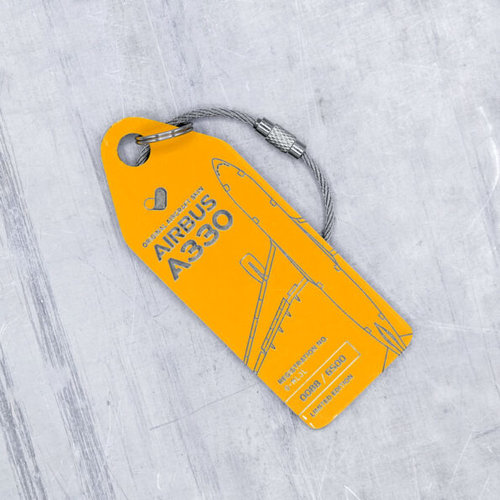 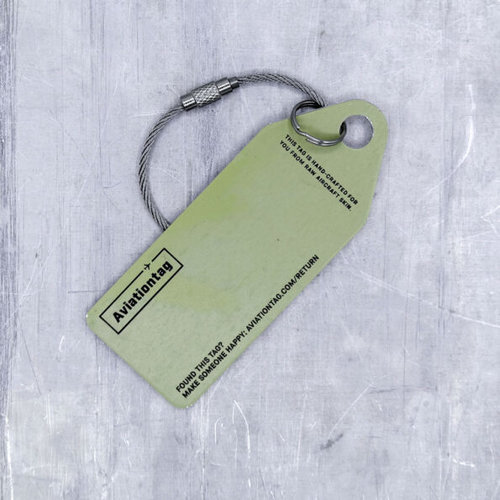 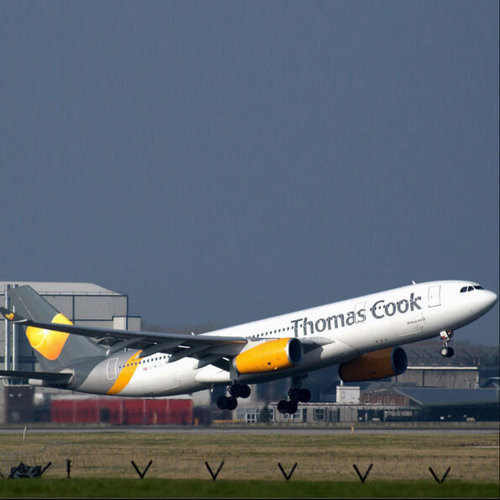 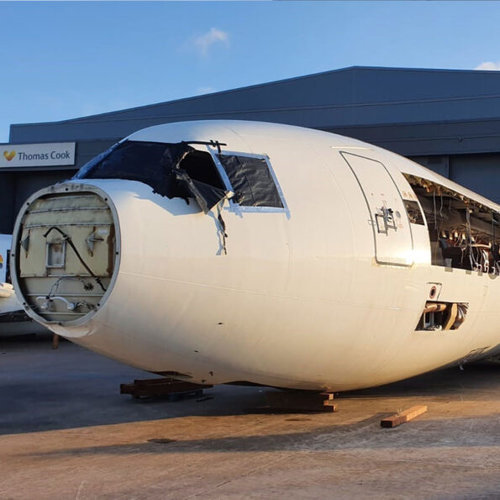 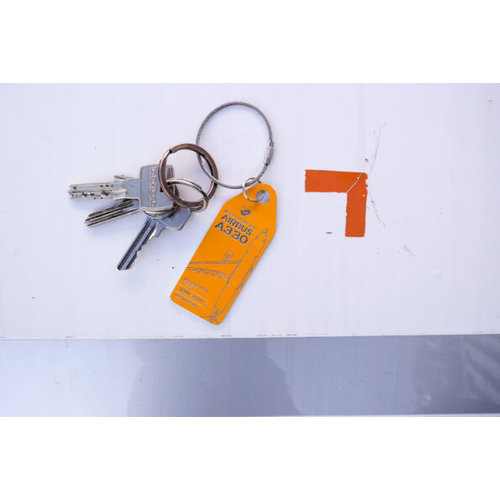 The Airbus A330-200 left the factory doors for British Airtours International Airways in June 1999 with the registration G-MLJL and manufacturer serial number (MSN) 254. The plane took to the skies for the airline, renamed MyTravel Airways in 2002, for a total of eight years, serving international destinations. In 2007, MyTravel merged with Thomas Cook Airlines, which took on the entire fleet, comprising 16 aircraft at the time – including three A330-200s. At the same time, Swedish MyTravel Airways A/S was renamed Thomas Cook Airlines Scandinavia, which our G-MLJL was also in operation for. In September 2012, Garuda Indonesia used the Airbus until it returned to Thomas Cook again in November 2012.

So we are all the more thrilled to have been able to preserve part of the Thomas Cook story and bring it home to you as an Aviationtag!

Note: Every tag is unique. Depending on the plane, tags may vary in terms of haptics, material thickness and colour. Small blemishes bear witness to the plane’s long history and are an authentic reminder of its glory days over the clouds. Small scratches, flaky paint and imperfections are totally normal and give our Aviationtags their unique charm – the charm of a vintage product crafted from upcycled materials. These quirks are not the result of the production process, they simply reflect the state of the aircraft material we use when it was extracted.