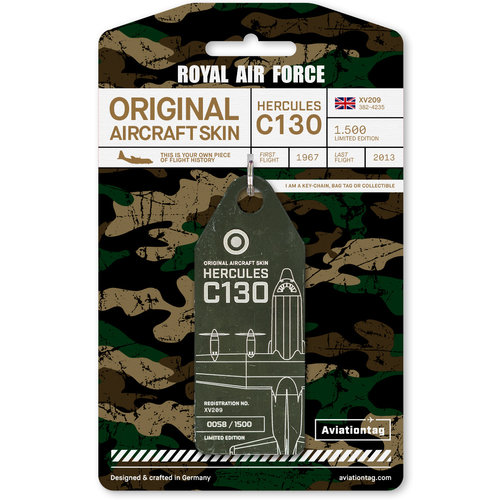 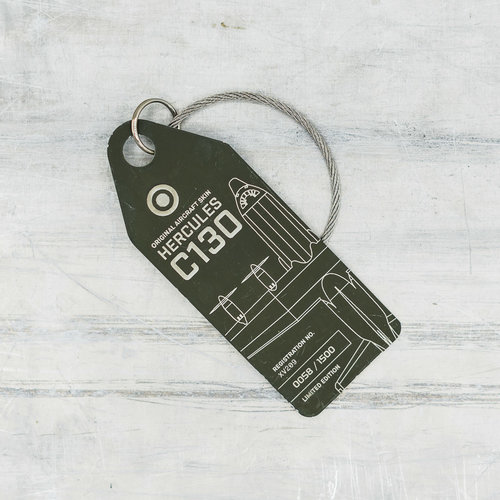 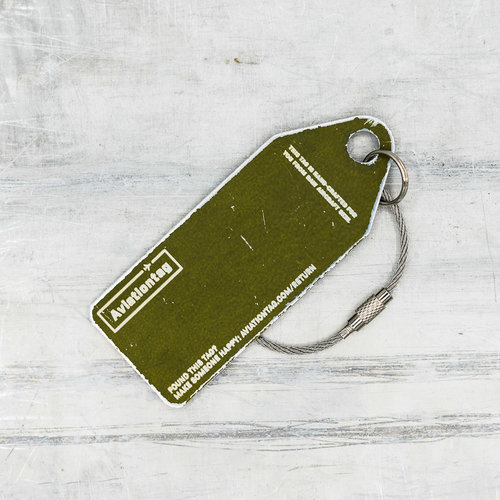 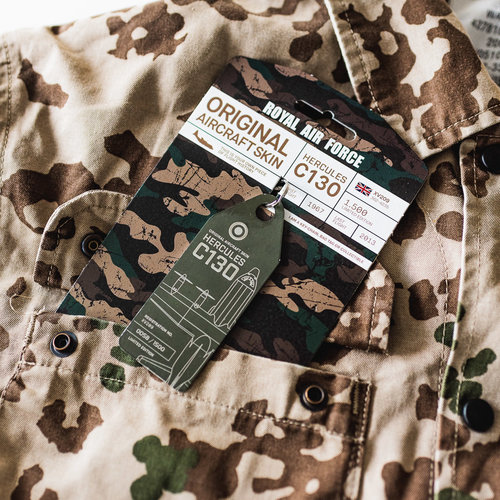 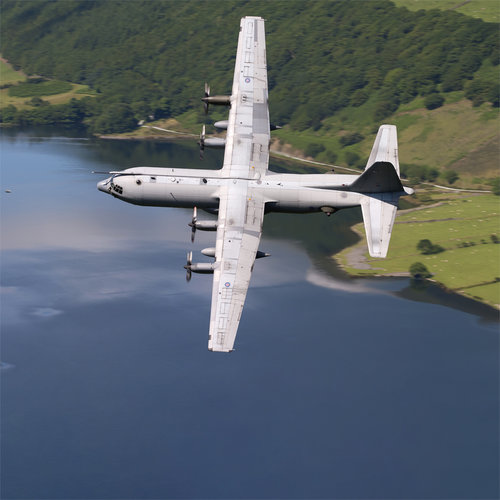 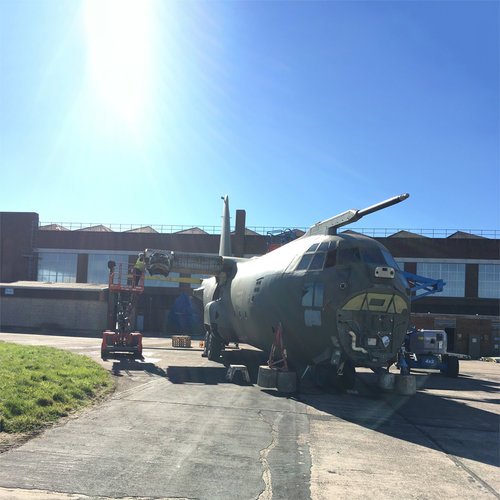 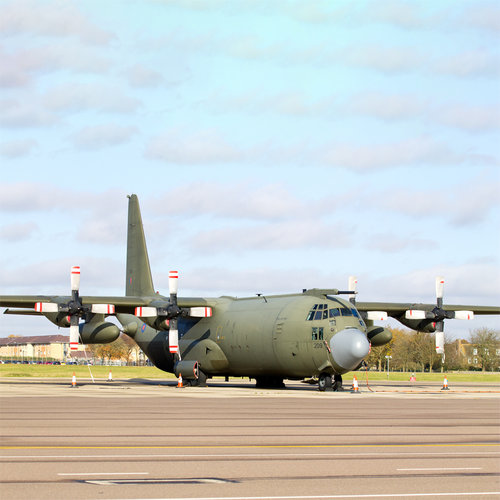 Our new Aviationtag series is a perfect addition to our “Aviationtag Classic Collection” and our military aircraft range alike: The Lockheed C-130 Hercules is our first all-military transport aircraft. Built in 1967 in Marietta / Georgia by the Lockheed Corporation with the serial number 4235, it was in operation for over 50 years all over the world for the British Royal Air Force under registration XV209.
The special version for the Royal Air Force was dubbed the C-130K. The basic series was the Hercules C.1, which was then upgraded into the various different British models. Our Hercules is the Hercules C.3A for Special Forces operations. During the Falklands War it was also additionally equipped with an aerial refueling nozzle.
In 2013, the XV209 was retired from service and then ultimately recycled in St. Athan (Wales) in 2018. Now it is embarking on its second life as our Hercules C-130 Aviationtag edition!

If it’s a shiny or new-looking tag you’re after then this is not the edition to go for. This series shows clear signs of the more than 50 years of service performed by the Hercules C130 – each Aviationtag bears the marks of British aviation history and has imperfections, scratches and parts where the paint is flaking on the back, but that is what makes each and every tag one-of-a-kind.

The Lockheed C-130 Hercules manufactured by the Lockheed Corporation is the most versatile and widely used military transport aircraft in the world. After more than 60 years in production, with its various upgrades, it is also an aircraft boasting one of the longest continuous production runs in the industry. The high wing monoplane is powered by four turboprop engines. The XV209 which features in our C-130 Hercules Aviationtag edition is a Hercules C.3A used for Royal Air Force Special Forces ops. It can carry up to 20 tons of freight and, at its maximum speed of almost 600 KM/H, has a range of a good 3,000 KM. Thanks to the aerial refueling nozzle, though, it far more frequently flew far further.