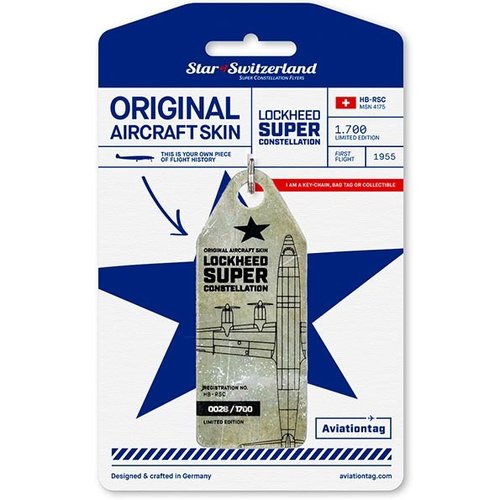 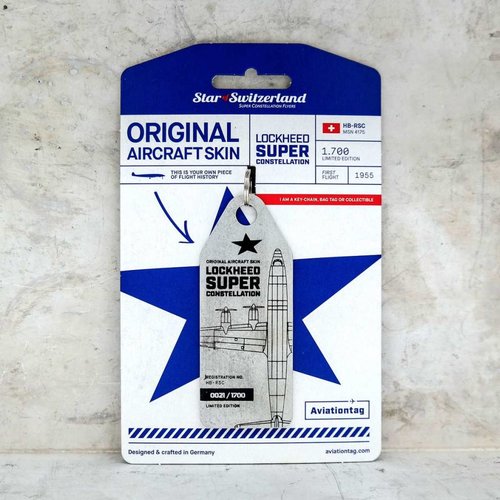 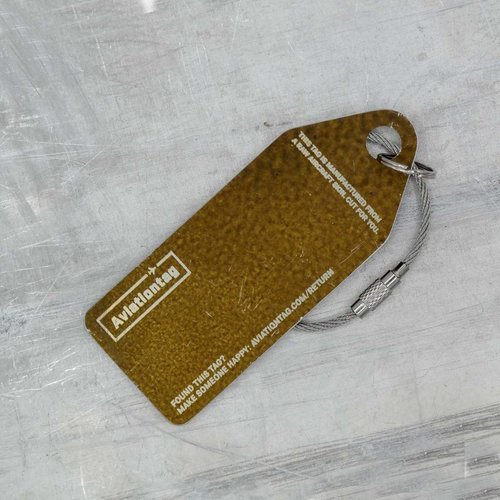 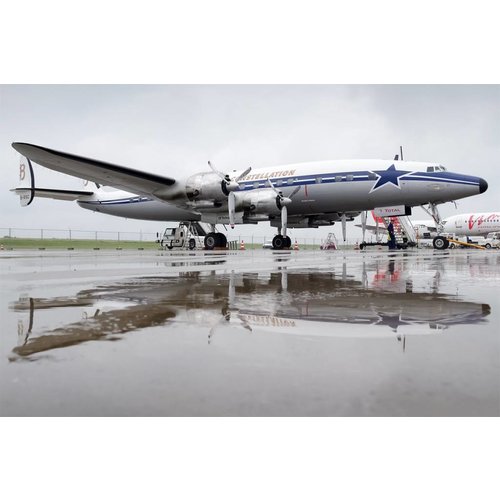 A star is born: The Star of Switzerland.

We are proud to welcome another aircraft steeped in history into our ever-growing Aviationtag fleet – the L-1049, manufactured by the Lockheed Aircraft Corporation. Built in 1955 based on plans by the legendary Howard Hughes, the Super Constellation, also affectionately dubbed Super Connie, initially flew for the US Air Force before then being converted into a fire-fighting plane in the 70s. After more eventful years that followed, the L-1049 was on the verge of disrepair until in 1991 an historical association saved it and made it airworthy again. In 2004, it was rechristened the “Star of Switzerland”, given the logo of its then sponsor Breitling and transported to Switzerland. Since 2007 it has been registered under HB-RSC as a historical plane and is a popular photo op at many flying shows.

This is the first Aviationtag from an aircraft still in operation. The HB-RSC is one of the very few L-1049 Super Constellations worldwide that are still in service. The Aviationtags are made of replaced tail parts

Designed and manufactured by the Lockheed Aircraft Corporation in line with the specifications of the legendary Howard Hughes, the Constellation was the first commercially successful airliner in the world with a pressurised cabin. After the Second World War, the aircraft paved the way for safe, comfortable and quick transatlantic flights. The aesthetic plane with its long, contoured fuselage – curved downwards at the nose, and upwards at the rear towards its distinctive three-part tail – became synonymous with the age of large propeller aircraft.