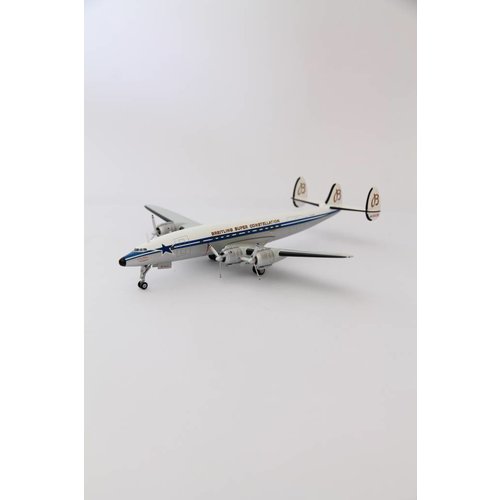 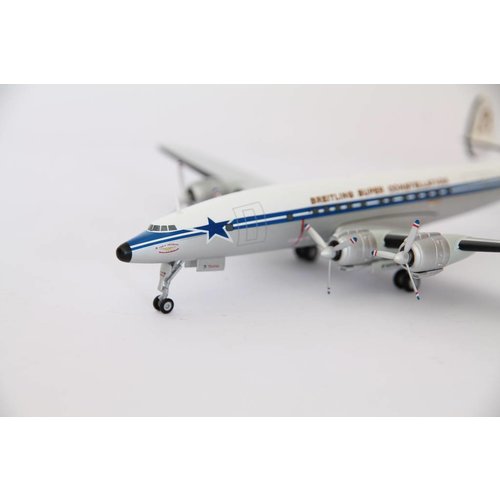 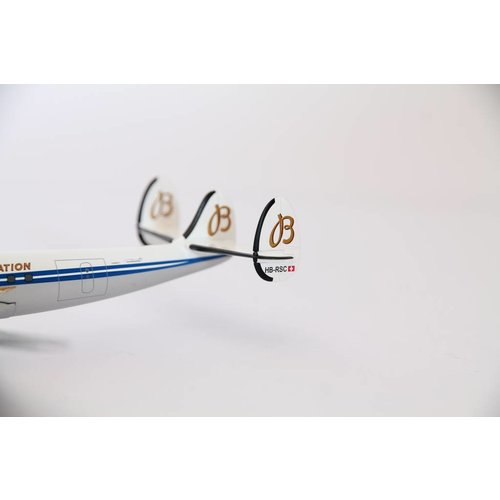 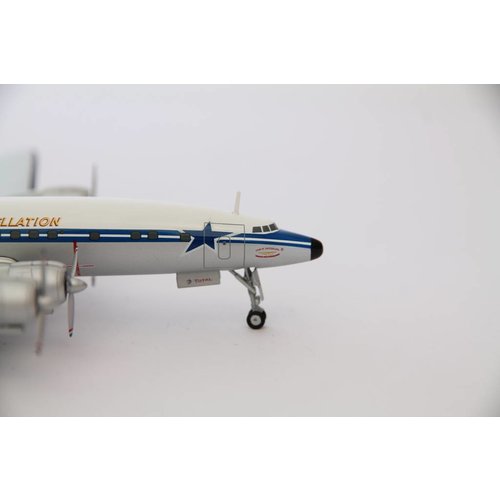 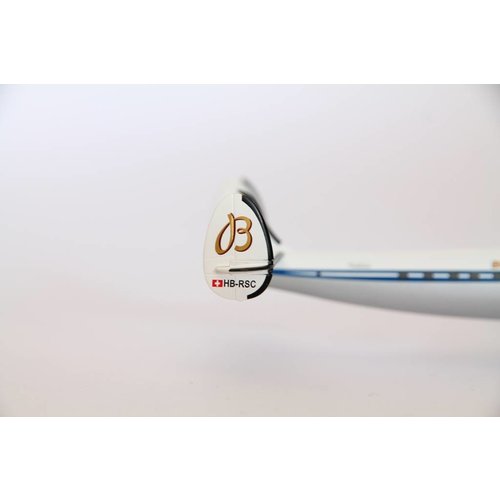 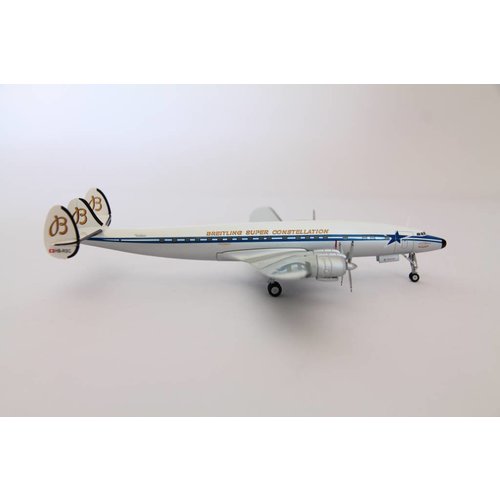 Professionally painted. Great attention to detail.All markings are tampo (pad applied). Option to display the model on a stand that is provided. Model can be shown with the landing gear in the down or up positions.
Extremely heavy metal with a minimum of plastic.
Manufactured in 1954 as 54-0156 a C-121C 54-156 c/n 1049F-4175 was delivered in November 1955 to the MATS Atlantic Division. From 1962 until 1972 54-0156 was assigned
to ANGs and then retired. In 1973 the aircraft became an agricultural sprayer registered as N73544. After several sales it was leased by the Constellation Historical Society and the Super Constellation Flyers Association (SCFA) in 2003. In 2004 the aircraft was flown to Switzerland and in 2007 the group purchased the aircraft, registered it as HB-RSC based in
Switzerland participating in air shows. 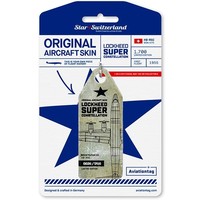