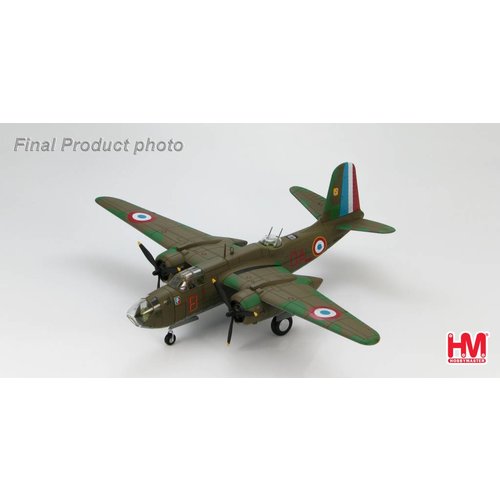 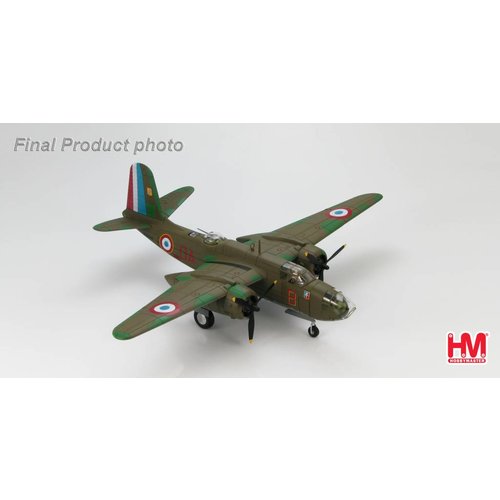 True 1/72 scale.
Professionally painted.
Great attention to detail.
All markings are Tampoed (pad applied).
Option to display the model on a stand that is provided.
Model can be shown with the landing gear in the down or up positions.
Loads of optional armament provided.
Canopy can be removed to place figures inside.
3 figures included.
Dorsal turret can turn.
Bomb bay can be opened with 6 bombs included.
Extremely heavy metal with a minimum of plastic.
Highly collectable.

With war approaching America knew it would be called upon to aid their Allies so a new aircraft
would need to be developed. Douglas Aircraft designer Ed Heinemann’s DB-7/A-20 was chosen
to be the new attack-bomber. The prototype flew in December 1938 with the first production
aircraft flew on August 17, 1939. Production ran until September 1944 with 7,478 aircraft built.
During WWII these were supplied to French, British, Australian, Dutch and Soviet forces as well
as their own U.S. forces.

The Douglas A-20J 43-21440 was built with an extended Plexiglas nose that housed a
bombardier and was sent to the RAF. From there the aircraft was assigned to the
342 “Lorraine” Squadron, Free French Air Force who began operations on June 12, 1943. They
carried out daylight raids over Northern France and then targeted V-1 sites. In August 1944 the
342 Squadron received the newer Boston Mk.IV just before moving B.50 Vitry-en-Artois in
October. They operated the MK.IV until April 1945 when they converted to B-25 Mitchell’s.