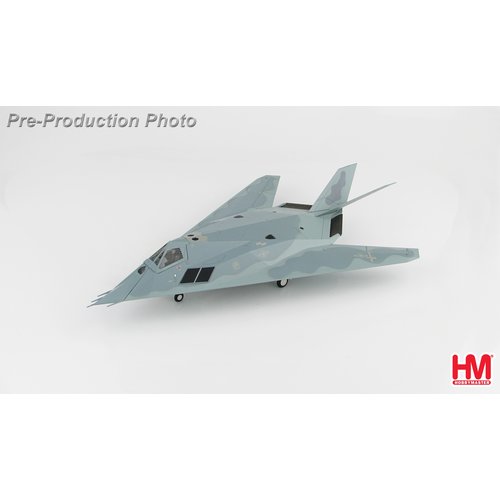 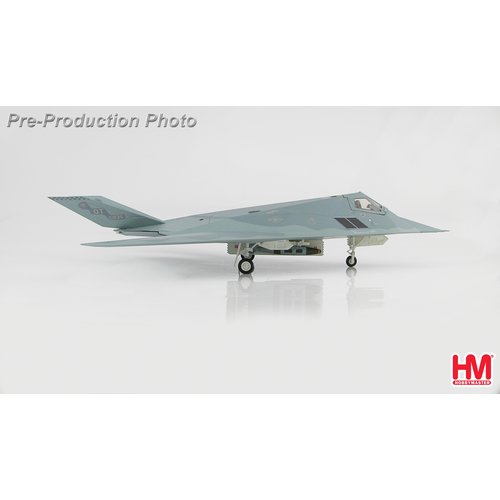 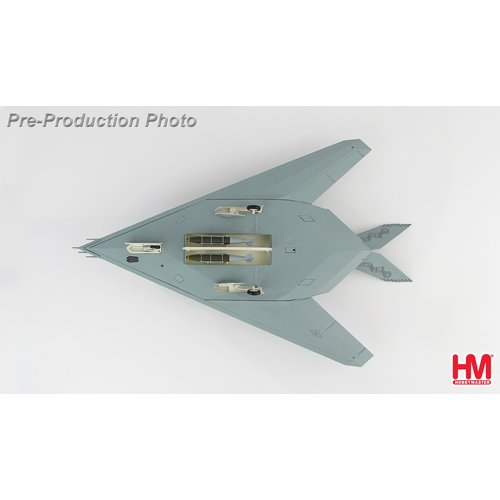 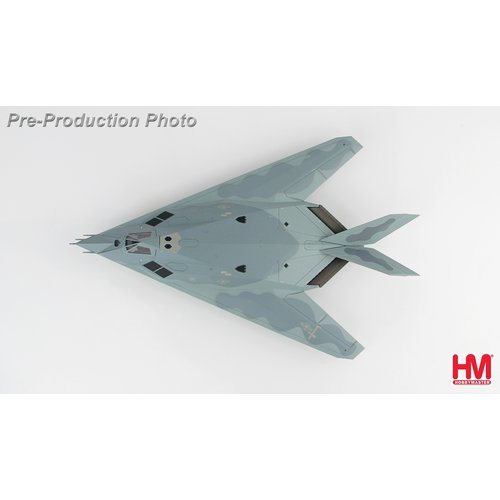 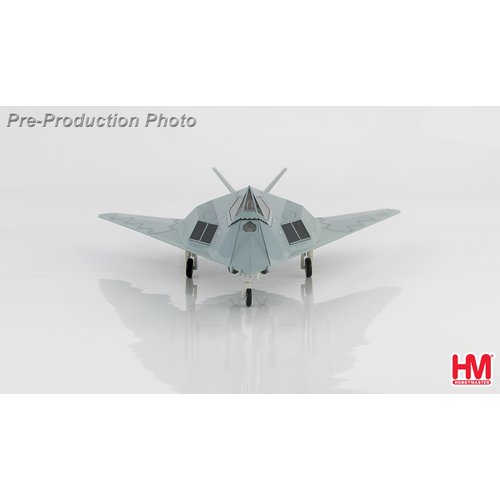 In the 1970's Soviet air defense systems improved and the U.S. realized they had to develop
aircraft to counter this. Lockheed Skunk Works was tasked with the job and two aircraft were built
under the code name "Have Blue" that proved stealth aircraft could be produced. As a result the
F-117 Nighthawk was developed and first flew in 1981 with the first production F-117 80-10785
making its maiden flight on April 20, 1982 but it wasn't until 1988 that the Pentagon confirmed its
existence.

There was only 64 F-117s built with 59 being operational. It only flew from 1983 until 2008 but
most aircraft saw combat in the Gulf War and former Yugoslavia. F-117 88-0843 was the 59th
and last operational F-117 to be produced making its maiden flight on May 11, 1990. The aircraft
was given the name "Affectionately Christine" and during the Gulf War with the 415th TFS
completed 33 combat missions. Due to airframe wear and the introduction of the F-22 Raptor the
F-117 was given a special paint scheme and retired.