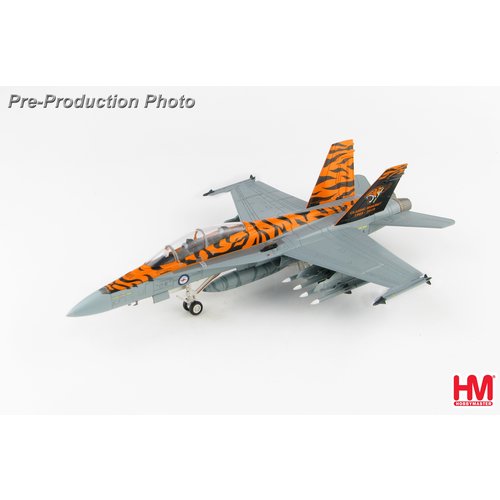 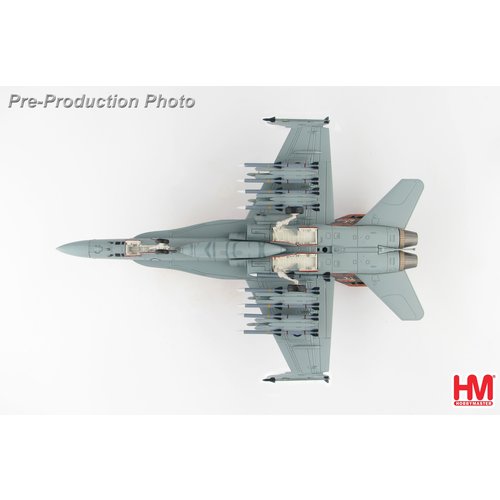 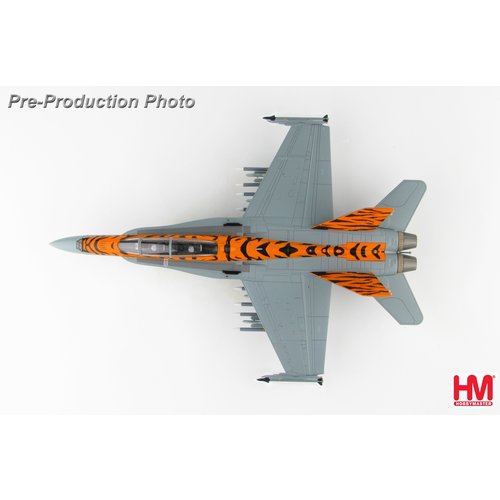 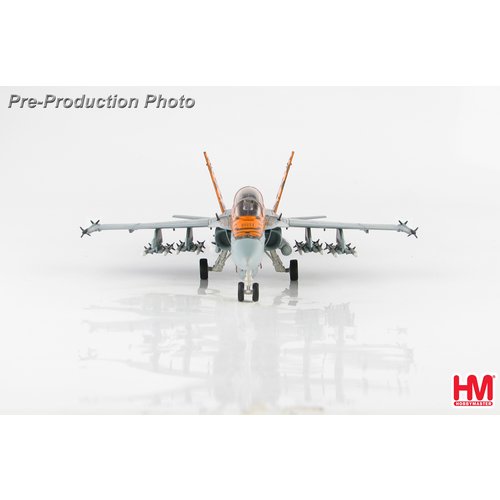 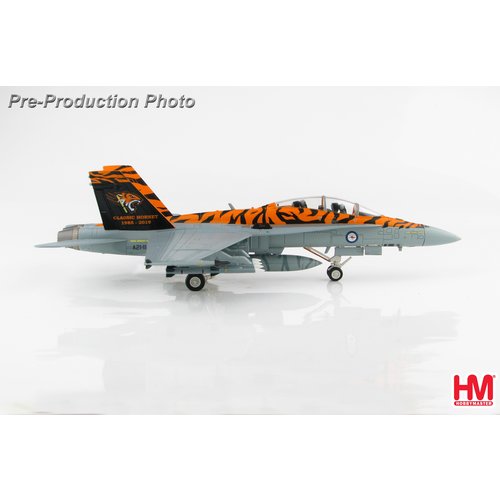 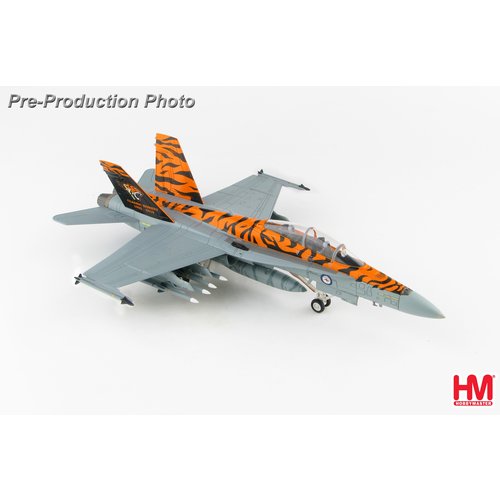 The RAAF 2 Operational Conversion Unit (OCU) role is to train military pilots how to handle and
use whatever the present day aircraft is in use. 2019 marks the 35th anniversary of the F/A-18B
Hornet in service with the RAAF 2 Operational Conversion Unit (OCU) and at the end of 2019 will
be retired in preparation for the F-35. To honor the service and final year of the Hornet F/A-18B
received a special Tiger paint scheme. This aircraft was delivered in 1988 and has been with 2
OCU since 1995.

Specifications for the McDonnell Douglas F/A-18A/B