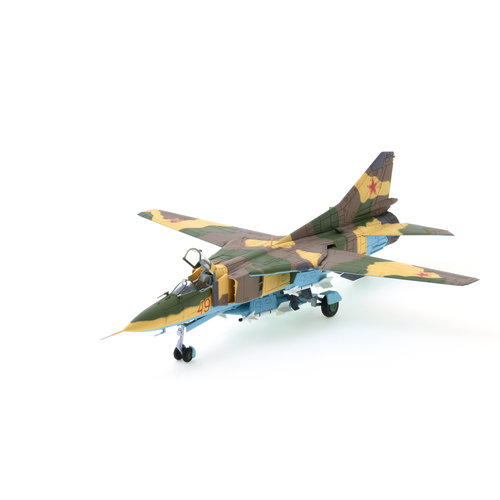 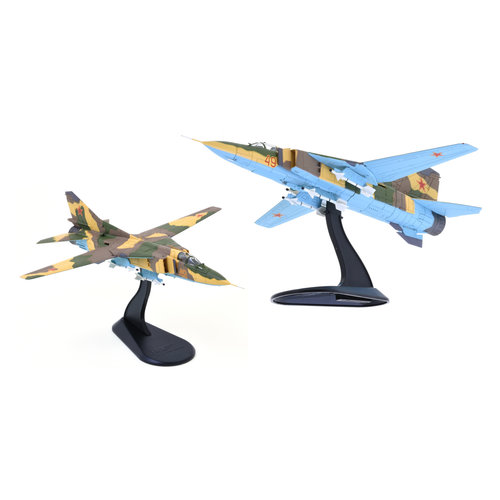 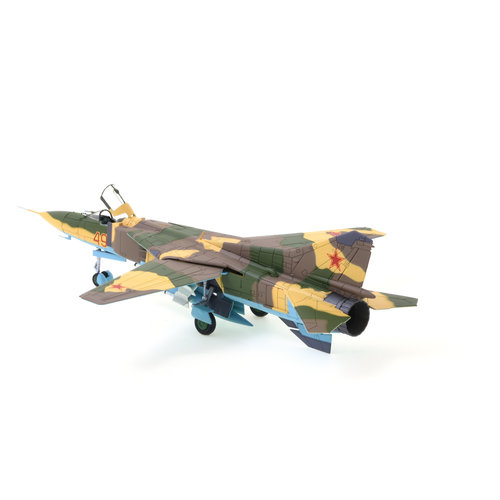 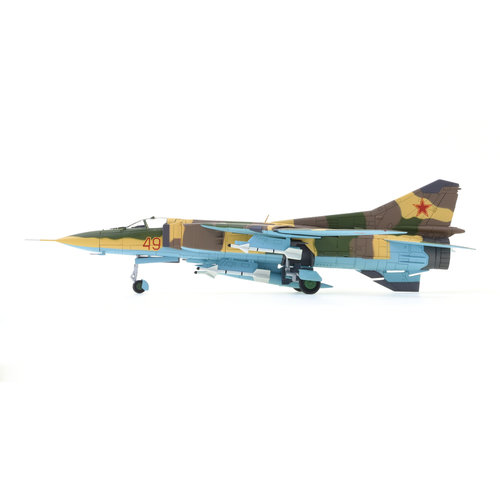 In the 1960’s the Soviet military required a replacement for the MiG-21 that could compete with
the USAF F-14 Tomcat. It had to be very fast, rapid acceleration, carry a larger payload, capable
of a high service ceiling, long range and beyond visual range intercept capabilities. The project
was given to the Mikoyan- Gurevich Design Bureau that produced the Model 23-11 that first flew
on June 10, 1967. Production began in 1969 and eventually completed over 5,000 swing-wing
MiG-23s. A ground-attack variant was also produced, the MiG-27.

The 4477th Test and Evaluation Squadron is based at the Tonopah Test Range Airfield, Nevada
and was tasked with training USAF, USN and USMC crews how to better fight Soviet aircraft.
The 4477th pilots would act as aggressors called Bandits flying Soviet built aircraft acquired by
countries friendly to the US. Some of the aircraft used were MiG-17, 21, 23 and the Chinese
Shenyang F-7B.  MiG-23MS “Red 49” was used by Major Thomas Drake in 294 sorties and was
the most experienced pilot of the 69 Bandits.