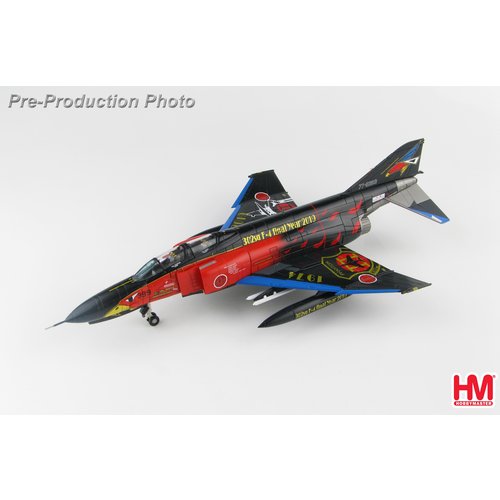 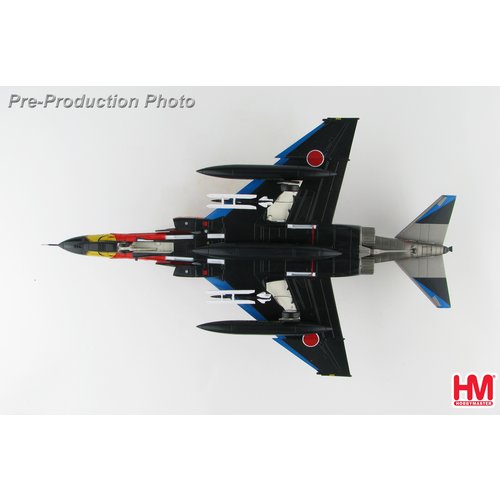 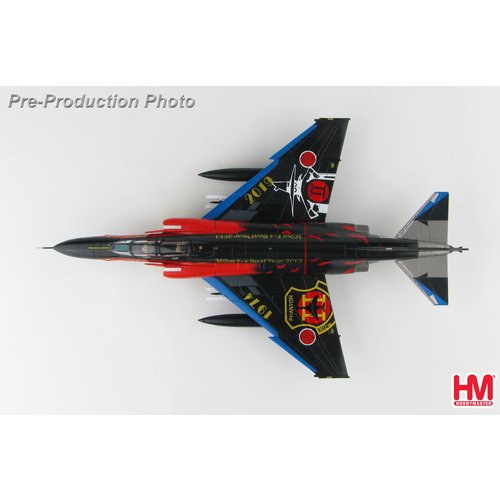 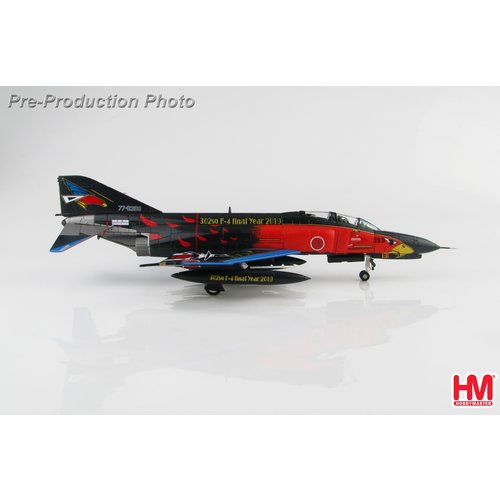 Starting in 1973 the Japan Air Self-Defense Force received 154 F-4EJ
Phantoms that were based on the USAF F-4E. 138 of these aircraft were
manufactured under license by Mitsubishi who produced the last F-4 Phantom
II several changes were made to the F-4E to make it an F-4EJ. Basically it
had any offensive weapons removed but eventually these restrictions were
lifted and the aircraft were updated with missiles and the latest electronic
equipment.


McDonnell Douglas F-4EJ Kai 07-8428 is assigned to the JASDF 302 Hikotai
(Tactical Fighter Squadron). The squadron is scheduled to move to Misawa AB
in 2019 and start receiving the new F-35A Lightning II. To mark the end of
the 302 Hikotai using the F-4, 07-8428 was given a special white paint
scheme decorated with a large red eagle along the fuselage. The squadron
logo is a tri-color white tailed eagle with the shape of the body representing
the “3”, white tail “0” and blue wing “2”.

They are virtually identical except for the restricted equipment:
This included removal of the in-flight refueling receptacle that was later
retrofitted, no leading edge slats, ground attack control equipment such as
weapons and bomb delivery systems and the addition of modern electronic
equipment including a data link system and radar warning receiver. Most or
all this equipment was eventually reinstalled.

Interesting trivia:
Each aircraft has 54,197 feet of wiring and 643,000 fasteners holding it
together.

Armament:
1 X 20-mm M61A1 cannon with 639 rounds.
4 X AIM-7 Sparrow semi-active radar homing air-to-air missiles in semi-
recessed slots in the fuselage belly.
2 to 4 X AIM-9 Sidewinder infra-red homing air-to-air missiles carried under
the wings on the inboard pylons.
A total offensive load of up to 16,000 pounds could be carried on the
centerline and four under-wing hard-points.