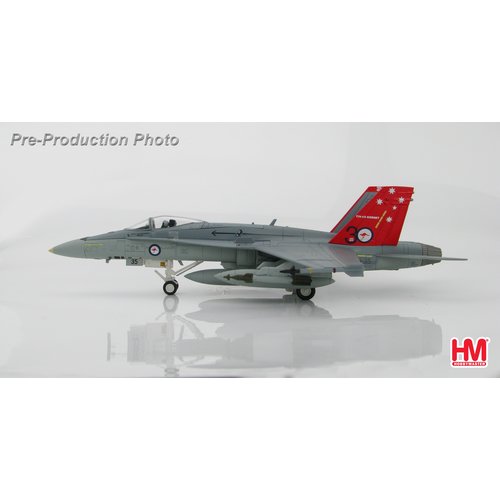 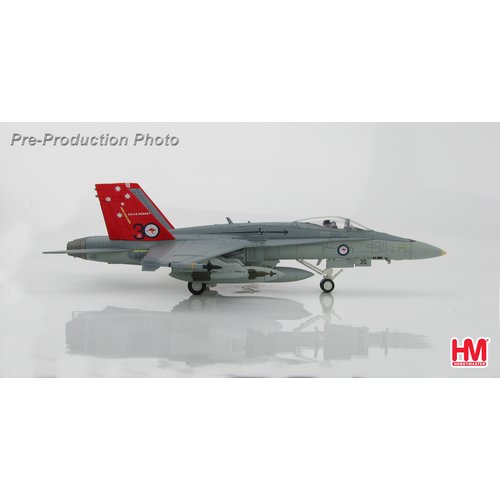 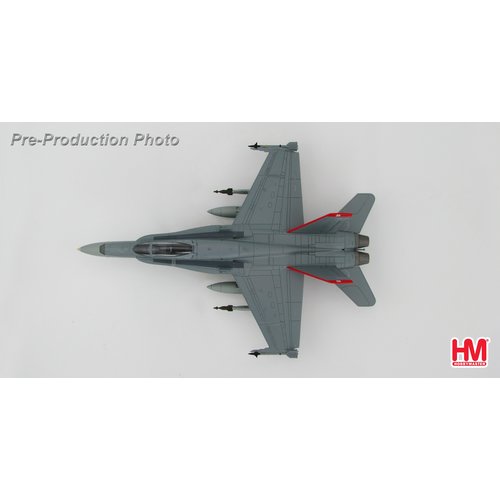 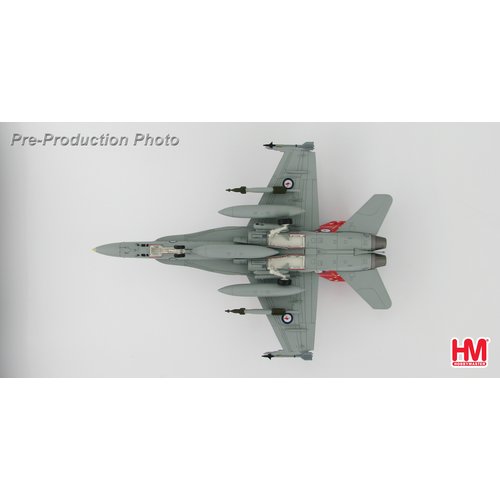 1/72 scale pre-finished.
Die-cast metal with a minimum of plastic.
Professionally painted.
All markings are pad applied for superb results.
Crew figure.
Model has variable-sweep wings that work.
Comes with display stand.
Landing gear can be displayed up or down.
Extremely sought after by collectors.

The McDonnell Douglas (now Boeing) F/A-18 Hornet is a supersonic twin engine all-weather
night fighter and attack aircraft. The F/A-18s first flew in November 1978 and the first 1987
production switched to the F/A-18C. Variants A and C are single-seat aircraft while B and D
are tandem-seats. The Hornet can operate from either aircraft carriers or land bases with the
capability of in flight refueling. A total of 1,480 A-D variants were built.