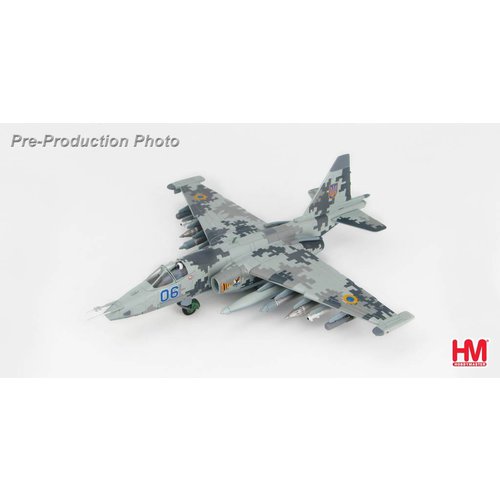 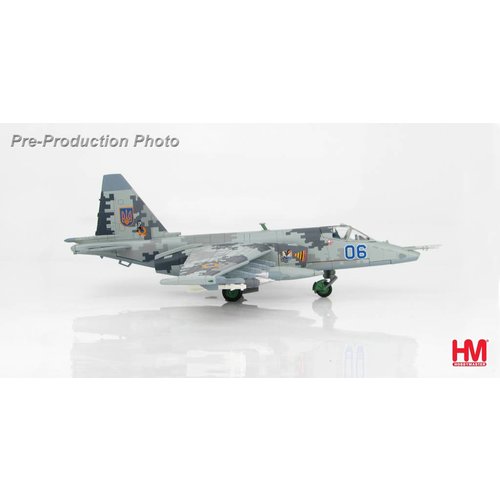 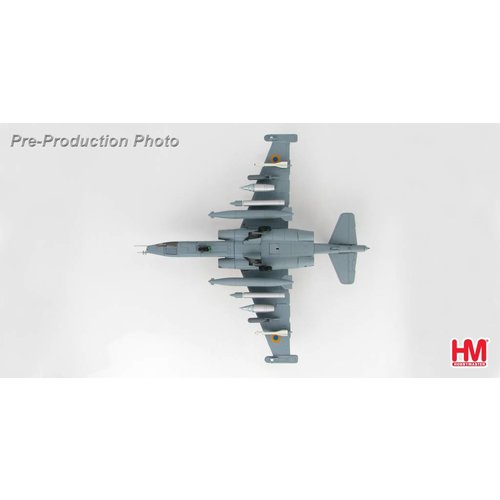 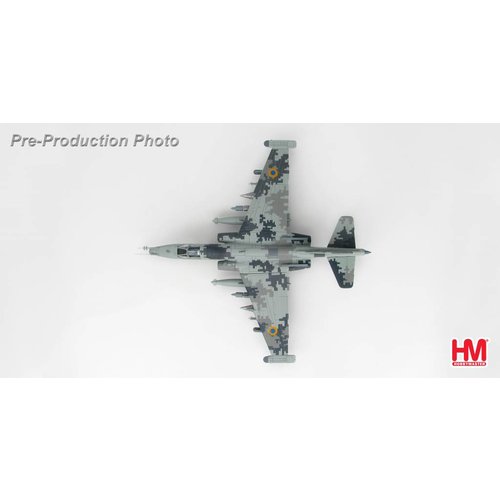 All markings are Tampoed (pad applied)

Option to display the model on a stand that is provided

Loads of optional armament has been provided

Extremely heavy metal with a minimum of plastic

In 1999 Russia decided to upgrade their aging Su-25 aircraft with actual work beginning in 2001.
The first of the upgraded aircraft designated Su-25SM (Stroyevoy Modernizirovannyi) Grach
(Rook) flew on March 3, 2002 with the first six modernized aircraft entering service with the
Russian Air Force in December 2006. The idea behind the modernization was to expand the life
of the Su-25, make it All-Weather capable, more lethal and reduce operating and maintenance
cost. Increased ordnance loads and a wider selection were also added.


In 2014 civil unrest began in Crimea and Russia annexed the area. Russian sympathizers
launched attacks throughout parts of the Ukraine and Ukraine forces reacted. On July 2, 2014,
returning from a sortie in Eastern Ukraine Su-25M1 Blue 06, assigned to the 299th Aviation
Brigade at Nikolaev, Kulbakino Airport (UKOR) crashed at Dneproptrovsk Airport with the pilot
safely ejecting. The crash was listed as “due to technical difficulties” but was likely caused by
ground fire. Ukrainian Air Force Blue 06 MSN 10121 c/n 25508110121 was the first Su-25 with
the pixel paint scheme.