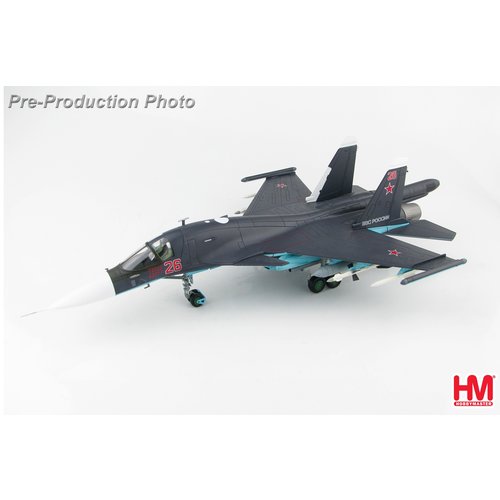 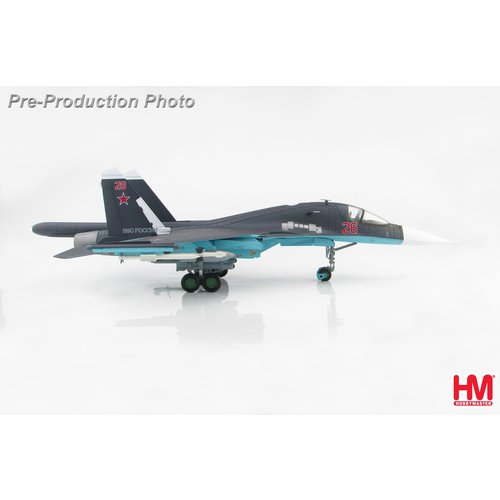 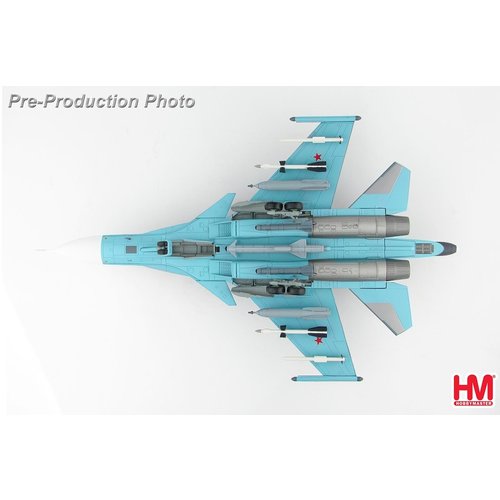 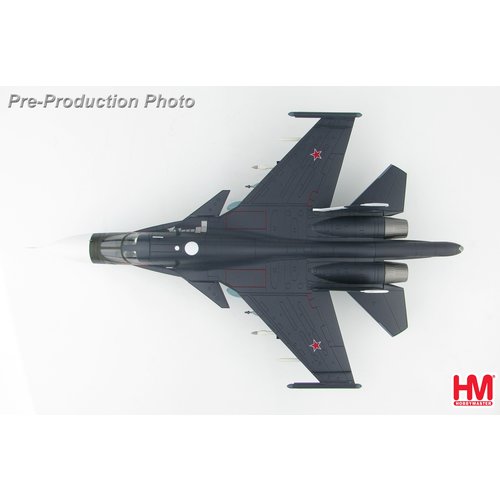 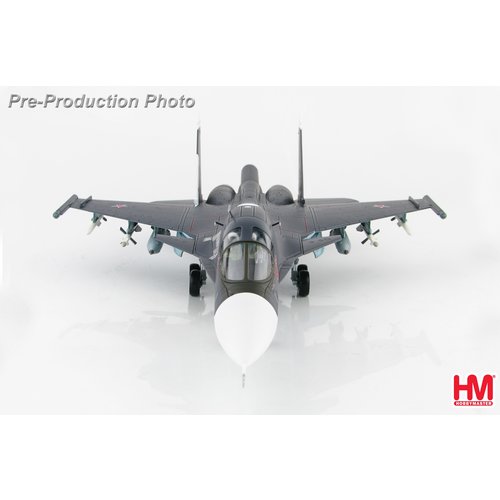 Model can be shown with the landing gear in the down or up positions.

The Sukhoi Su-34 “Fullback” is an all-weather supersonic medium-range fighter-bomber/strike
aircraft developed for the Russian Air Force and Navy with the intent to replace the Su-24M
“Fencer” and Tu-22MS long-range bomber. The Fullback is based on the Su-27 “Flanker” and
has an armored cockpit that is occupied by two-crew seated side-by-side. The aircraft’s main role
is deployment against ground and/or naval targets. As of April 2018 there have been 122 aircraft
manufactured including 7 prototypes. The export designation of the Su-34 is Su-32.


In September 2015 six Su-34 aircraft arrived at Syria’s Bassel Al-Assad international Airport at
Latakia. Russia began aerial attacks on September 30 in the Homs region against the Islamic
State. In October Su-34s used concrete-piercing bombs to destroy underground bunkers
containing explosives and ammunition. The Su-34 targets were located using the GLONASS
satellite system. In November 8 more Su-34s arrived in Syria. While in Syria the Su-34
maintained a 70% availability rate and gave the Russian Air Force an opportunity to sharpen their
skills. Su-34 Red 26 was given serial RF-95807.

Sometimes referred to as the “Hell Duck”