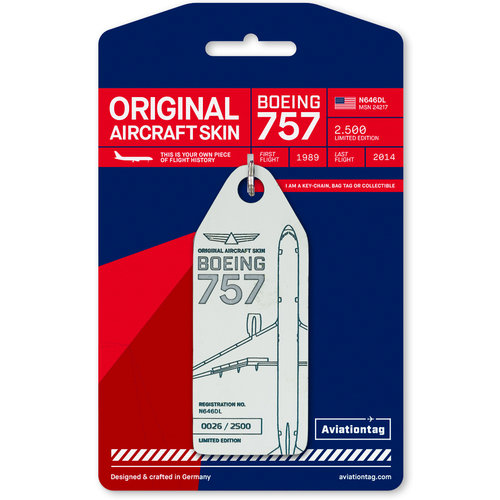 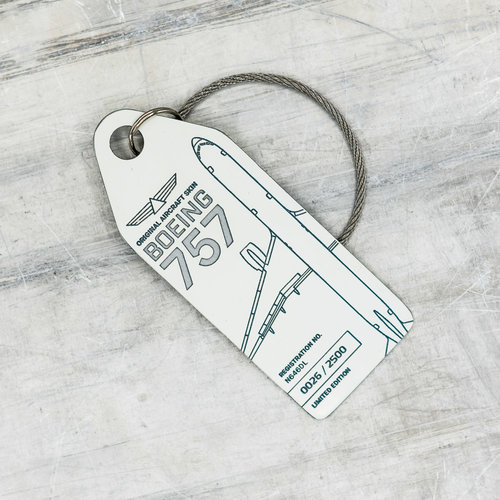 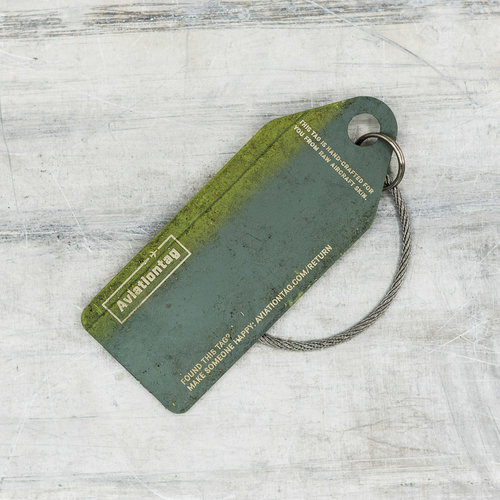 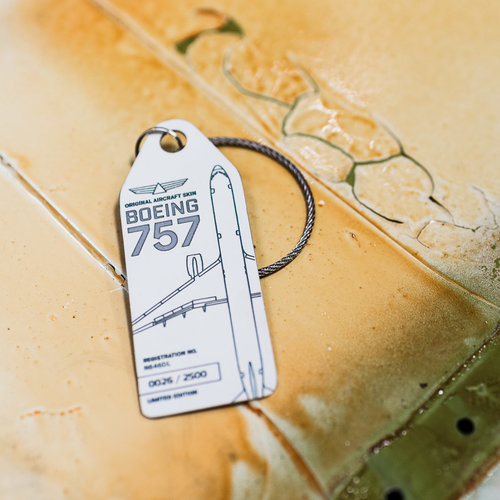 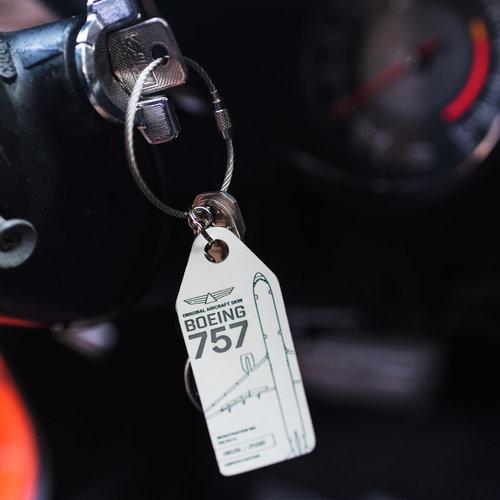 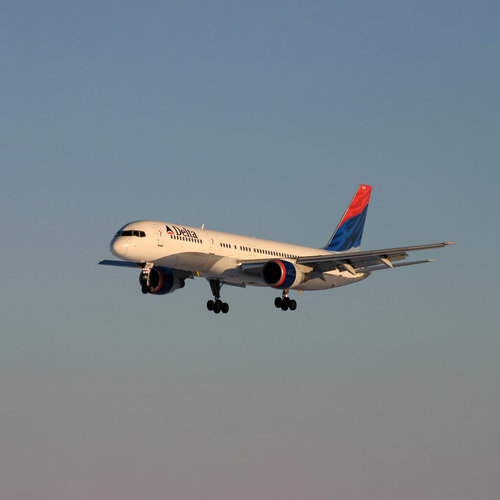 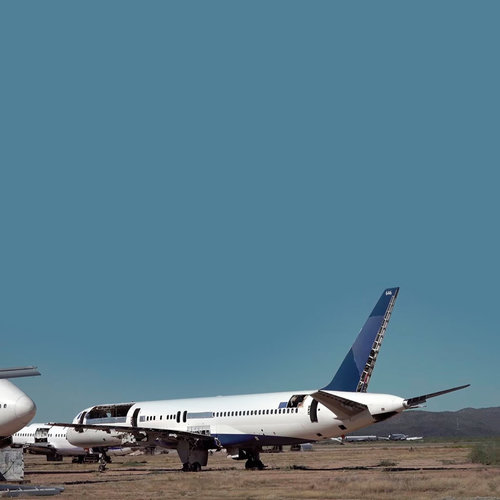 Following the Boeing 737, 747 and 777, we are now proud to finally announce the arrival of the first B757 in our Aviationtag fleet: A big “Welcome!” to the former Delta Air Lines plane with registration N646DL!

The aircraft was built in Renton in 1989, with the manufacturer serial number (MSN) 24217 and line number 217, and transferred from Boeing to Delta Air Lines. Up until 2008 it flew under registration N646DL, before then being ordered to take a two-year break in Victorville. Its second spring then started in 2010, before finally being put into retirement in 2014.

We have managed to preserve a few choice pieces of original aircraft skin from the Sky Team founding member’s Boeing 757, so that the N646DL will at least live on as an Aviationtag.

The Boeing 757 is a twin-engine airliner originally built for medium-haul flights, but which was then repurposed for long-haul flights over the years. Production of the 757 ended in 2004 after the 1,050th plane.
Depending on the model, its length ranged from 47.32 m to 54.43 m with a wingspan of over 38 m. At optimum altitude it reached a maximum speed of 850 km/h and in the standard version had a maximum range of 7,870 km.