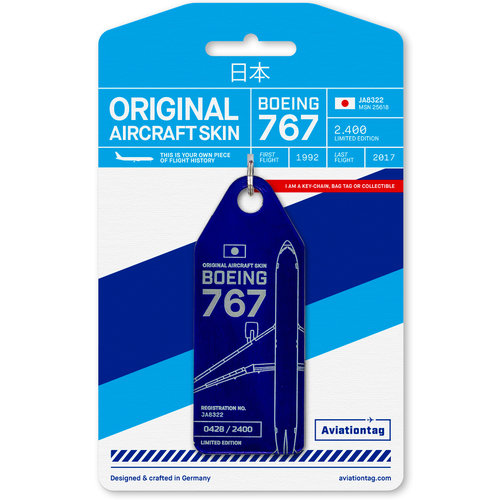 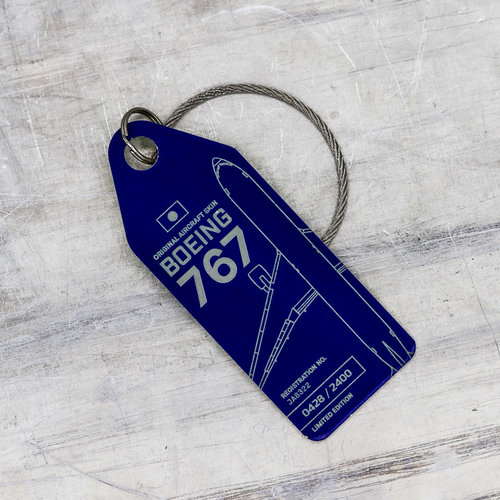 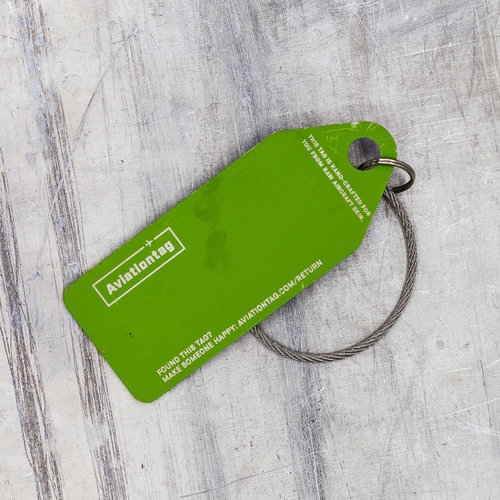 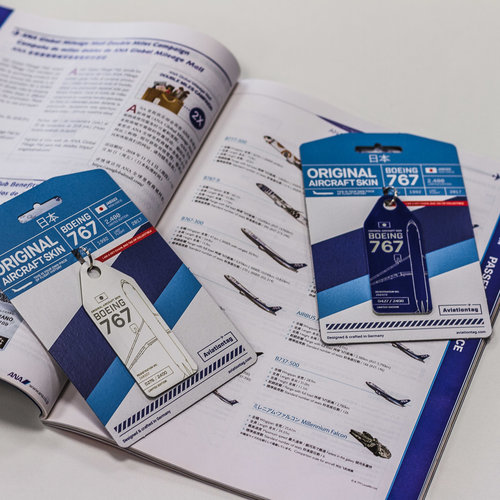 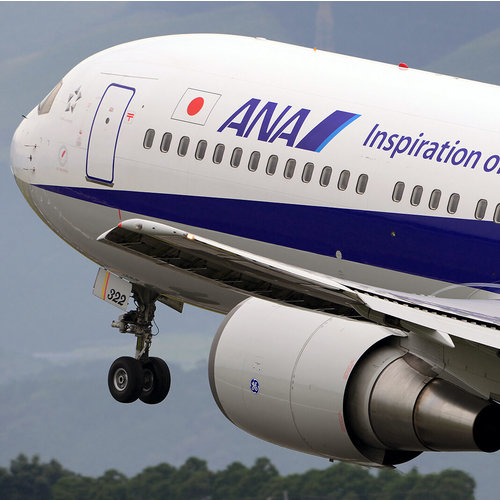 We are proud to announce a famous addition to our Boeing Aviationtag family: Following the Boeing 737, 747, 757 and 777, we are now closing the gap and are thrilled to present a former Boeing 767-300 from All Nippon Airways as a limited-edition Aviationtag!
The JA8322 was built in Everett / Washington in 1992 with the manufacturer serial number (MSN) 25618 and line number 458 and delivered to the Star Alliance member ANA in October.
In 2012, the Boeing 767 was struck by lightning as it was making its landing approach on its flight from Tokyo to Toyama with 275 passengers on board, but was able to land safely despite its nose cone being damaged.
After 25 years of loyal service to ANA All Nippon Airways, the JA8322 was decommissioned in 2017 and parked in the USA. We were able to save parts of the 767 and are especially proud to be able to upcycle an important aircraft in Japanese aviation history into one of our Aviationtags.
Limited edition, go get yours now!

The Boeing 767 is a twinjet wide-body plane and was Boeing’s first long-haul aircraft with just two engines. Depending on the configuration, it can transport up to 375 passengers more than 10,000 km. The last passenger aircraft left the factory doors in June 2014 – the cargo or military version of the 767 is still being manufactured down to this very day.
More than 1,100 aircraft of this series were built – All Nippon Airways being one of its most important buyers. The 767-300 is a good 55m long and boasts a wingspan of 48m. At its maximum speed of 851 KM/H it can reach ranges of over 10,000 KM.