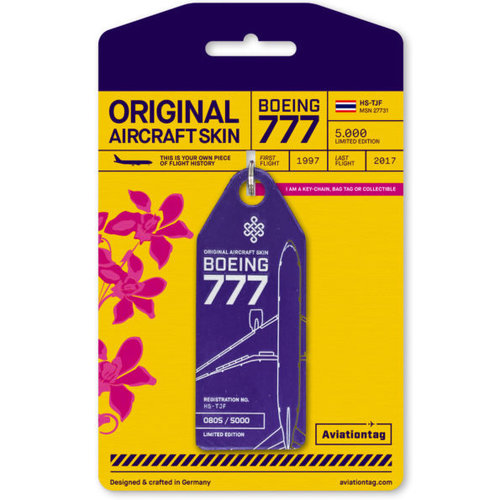 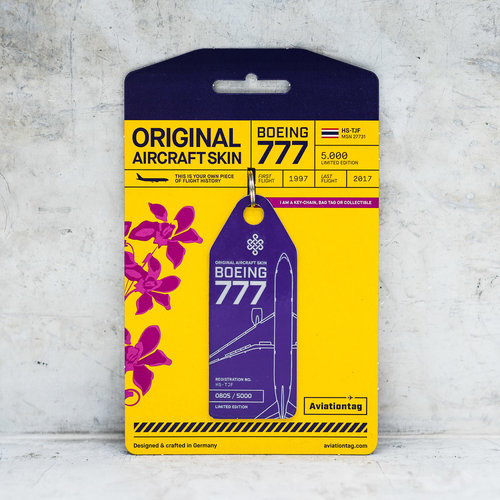 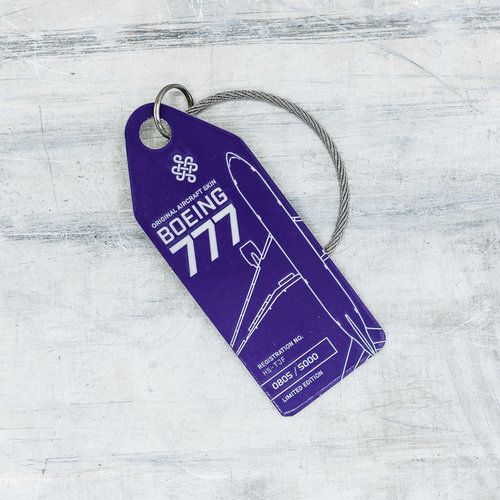 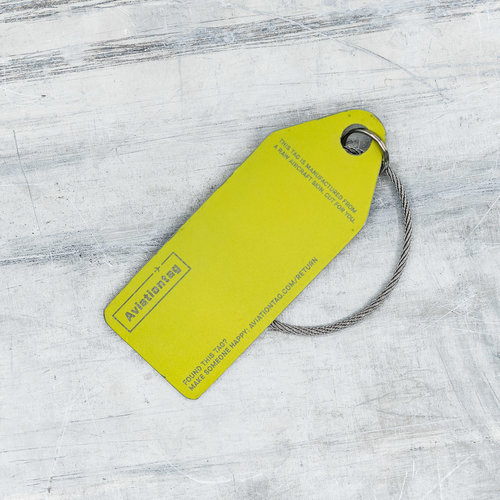 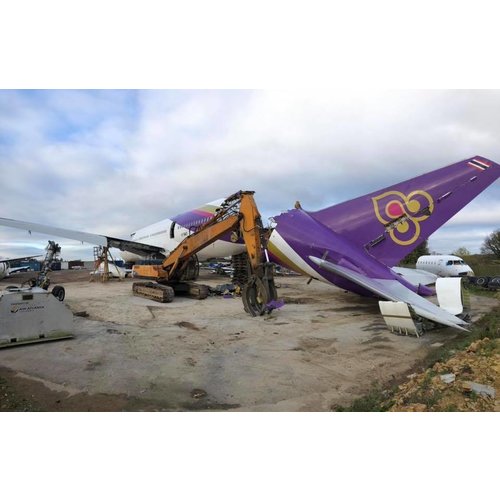 With the HS-TJF, we are now also proudly welcoming the world’s largest twin-engine airliner, the Boeing 777, into our fleet. In September 1997 it left the Boeing factory in Everett bearing the Manufacturer Serial Number (MSN) 27731 and was delivered to Thai Airways, where it was registered as HS-TJF.

The Star Alliance member then christened the B777-200 “Phanom Sarakham”, an administrative district in the Chachoengsao Province in the central region of Thailand.

In 2016, the HS-TJF was decommissioned and initially parked in Bangkok before then being transferred – with an overlay in Dubai – to Cotswold airport in the UK, where it was finally scrapped in late 2018.

We are thrilled to now be able to offer you a very special Aviationtag featuring the colourful, floral design of Thai Airways.

Note: Every tag is unique. Depending on the plane, tags may vary in haptics, thickness of material and colour. Small irregularities tell of a plane’s long history and convey the feeling of its glory days above the clouds.