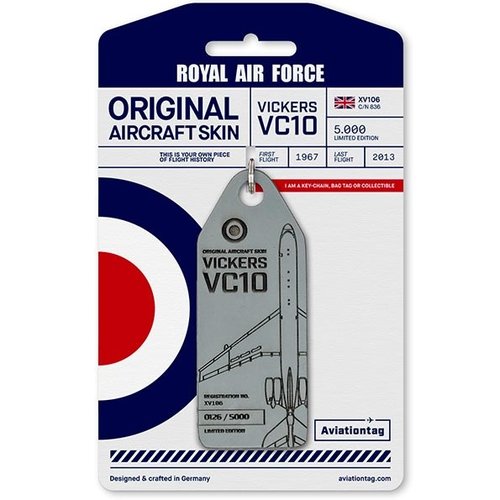 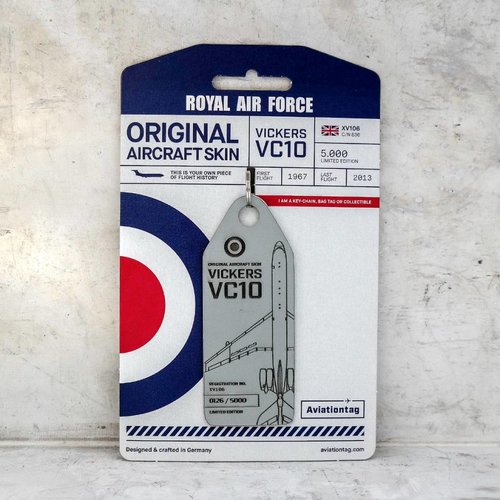 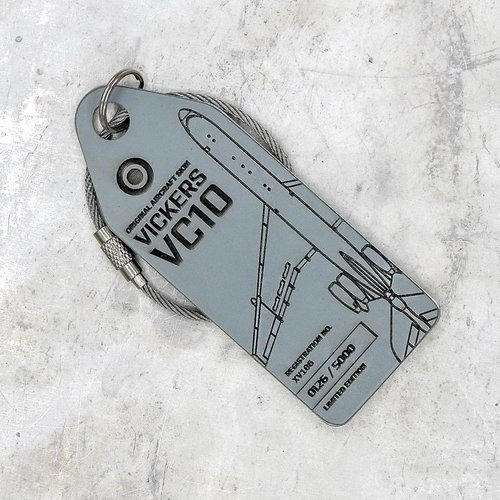 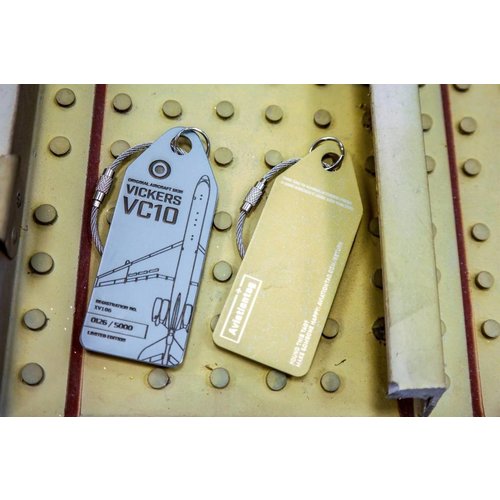 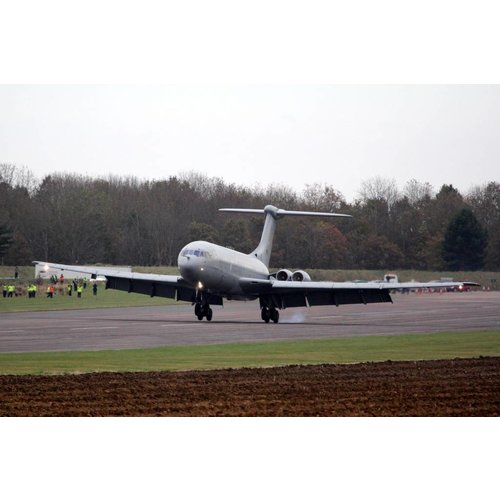 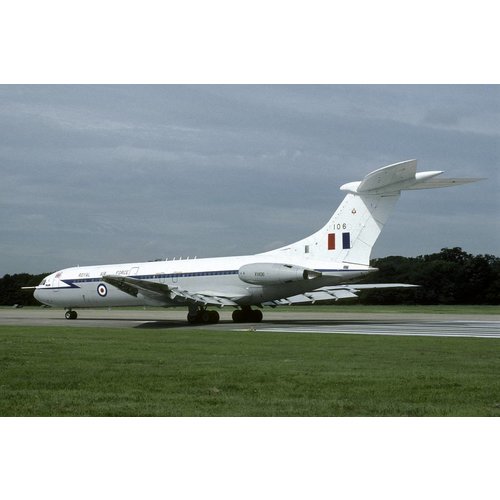 It was 17 November 1967 when our Vickers VC10 from the British Aircraft Corporation (BAC) completed its maiden flight for the British Royal Air Force. Shortly afterwards it was registered as XV-106. In an official ceremony it was then christened the “Thomas Mottershead VC” after a legendary sergeant a short time later. In 1977, the aircraft had its first royal encounter when it appeared in the Finningley Royal Flypast in honour of Queen Elisabeth II and her Silver Jubilee.

On 27 July 1979, Queen Elizabeth II, Prince Philip and Prince Andrew then flew with the XV-106 to Lusaka to attend a Commonwealth meeting.

In 1994, the VC10 was repurposed as a tanker and cargo plane until it was finally taken out of commission in 2012 and has now been reborn as your royal Aviationtag.

Vickers VC-10 – the Aviationtag with the royal touch. Get yours now!

The Vickers VC10 made by the British Aircraft Corporation (BAC) was one of the first jet-propelled civil long-haul aircraft. Construction began in the late 1950s at Vickers-Armstrongs (Aircraft) Ltd. Part of the civil fleet – like our XV-106, too – was later converted into tanker planes – six of which were even deployed by the Royal Air Force (RAF) in early 2013. On 25 September 2013, the XV-106 made its last RAF flight – the last ever flight of a VC-10.