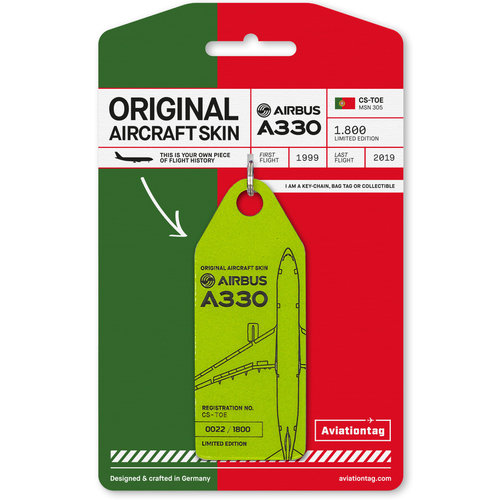 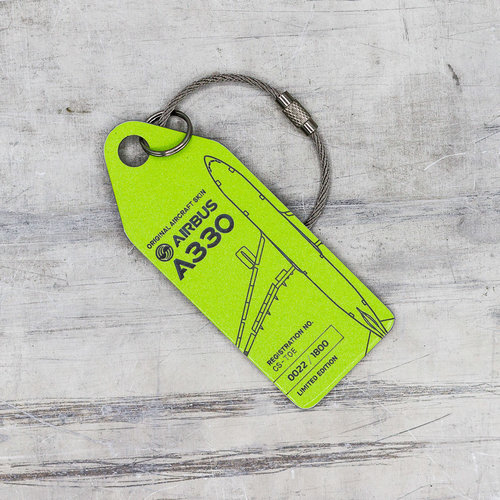 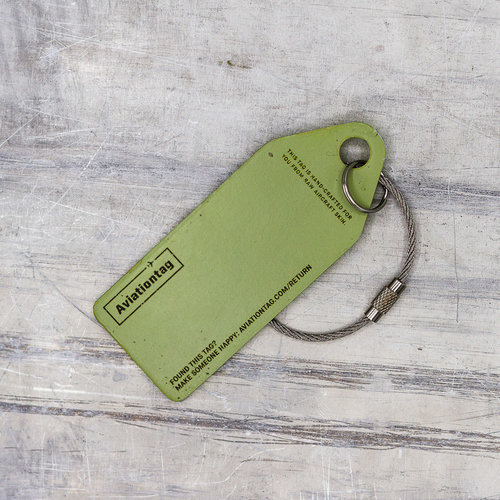 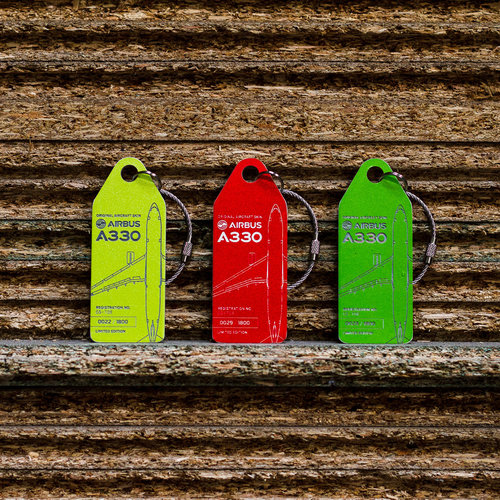 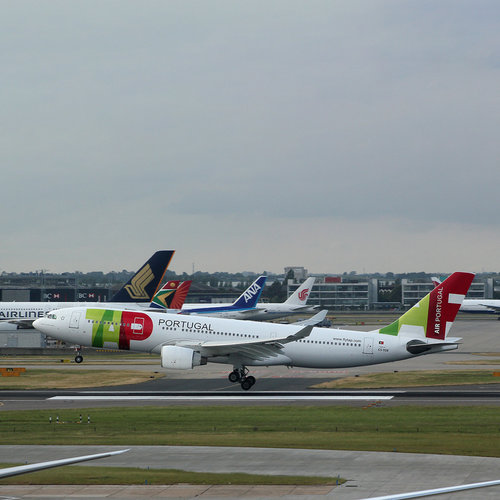 This plane had a colourful past with many countries, registrations and airlines – and we’re thrilled with our colourful series crafted from the former TAP Airbus A330 with registration CS-TOE.

Initially, the A330 sporting MSN 305 was shipped to the Swiss leasing company Flightlease with registration HB-IQL and was originally supposed to be leased to LTU. It was given an experimental LTU livery, but this only lasted a few days, as the deal failed and the plane ended up going to Novair in Sweden instead.

In 2000, the A330 was transferred to Swiss and in 2003 to Lufthansa, where it was registered as D-AIMA. In 2006 it then reached what was to be its final operator, Portuguese airline TAP. Its registration was changed to CS-TOE and the aircraft was christened “Pedro Alvares Cabral”.

In 2019, CS-TOE was retired and then recycled. We were able to upcycle parts of this real globe-trotter of an aircraft for our Aviationtags.