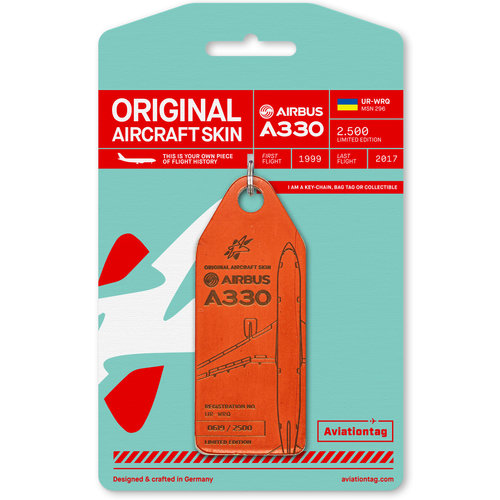 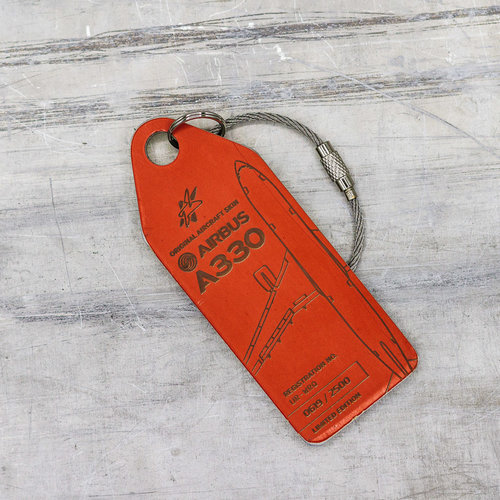 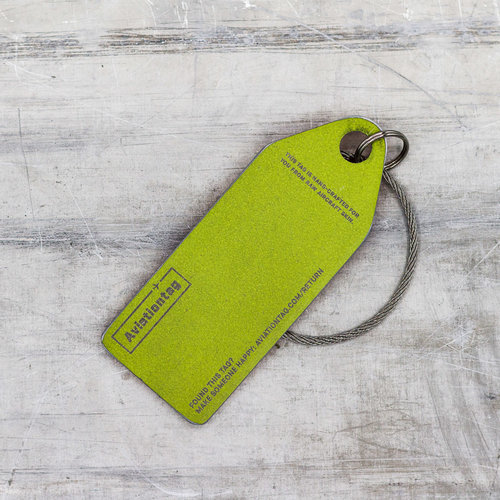 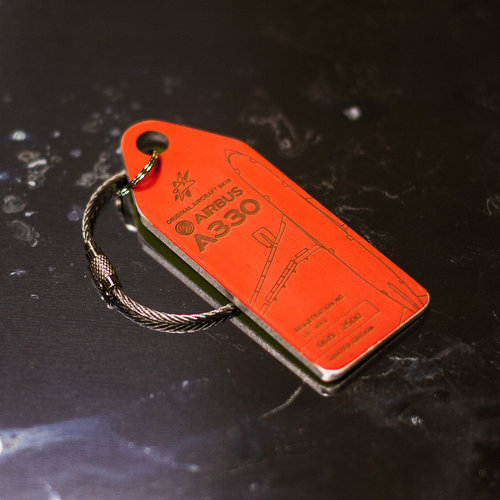 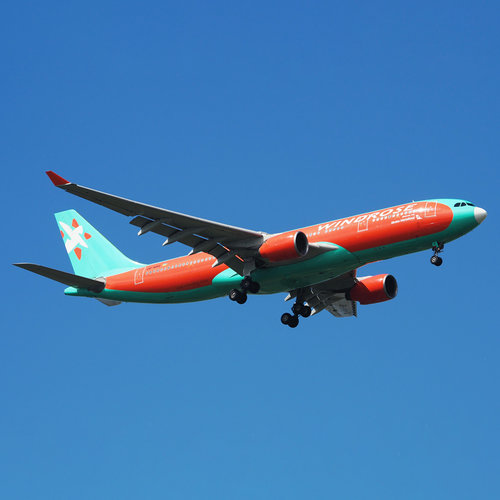 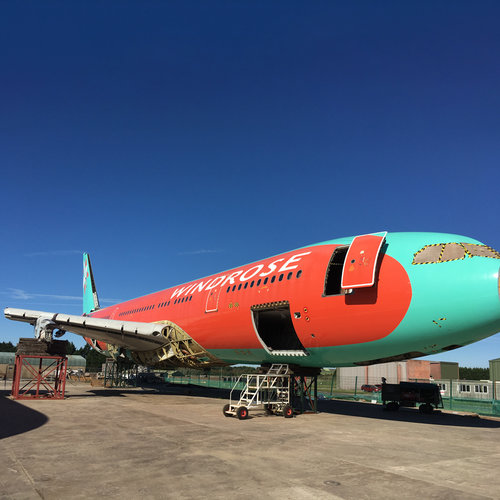 After all the other Airbus models, we are proud to finally welcome an Airbus A330-200 into our Aviationtag fleet: The A330 with the registration UR-WRQ.
A true globetrotter which immediately caught our eye as we toured the aircraft graveyards of the world with its unique paint job! I Delivered in 1999 to what at the time was the Belgian flag carrier Sabena with the manufacturer serial number (MSN) 296, it then flew for VG Airlines and Delsey Airlines. From 2003 to 2013, the A330 took to the skies for Malaysia Airlines before Windrose Airlines in Ukraine then registered it as UR-WRQ and gave it its unique livery design.
In 2017, after 18 years of service, it was parked in Great Britain where we would finally discover it. When the A330 was recycled in 2018, we were able to secure some parts of the aircraft skin and can now proudly present this colourful, limited-edition Aviationtag.

The Airbus A330 is a wide-bodied twin-engine aircraft produced by the European aircraft maker Airbus, designed as a medium or long-haul aircraft and developed to replace the A300-600R and to give the Boeing 767-300ER a run for its money.

The A330-200 programme was officially launched in November 1995, with ILFC placing the first order for 13 aircraft in February 1996. The maiden flight followed on 13 August 1997 and certification in April 1998.

Note: Every tag is unique. Depending on the plane, tags may vary in terms of haptics, material thickness (this edition is the thickest Aviationtag EVER!) and colour. Small blemishes bear witness to the plane’s long history and are an authentic reminder of its glory days over the clouds. Small scratches, flaky paint and imperfections are totally normal and give our Aviationtags their unique charm – the charm of a vintage product crafted from upcycled materials. These quirks are not the result of the production process, they simply reflect the state of the aircraft material we use when it was extracted.