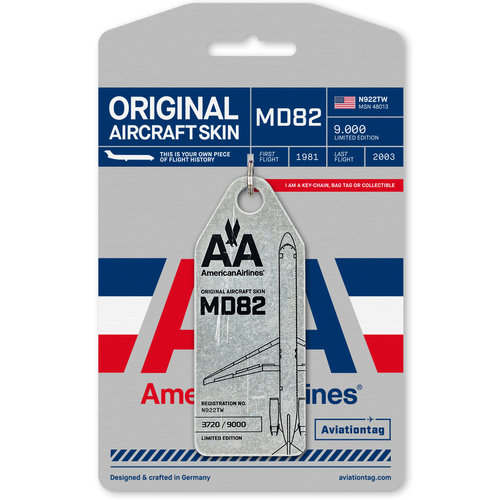 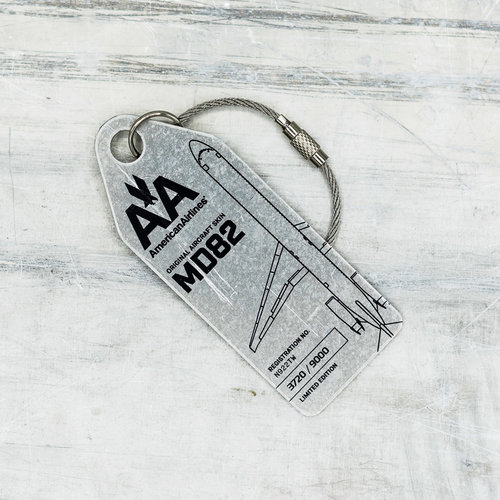 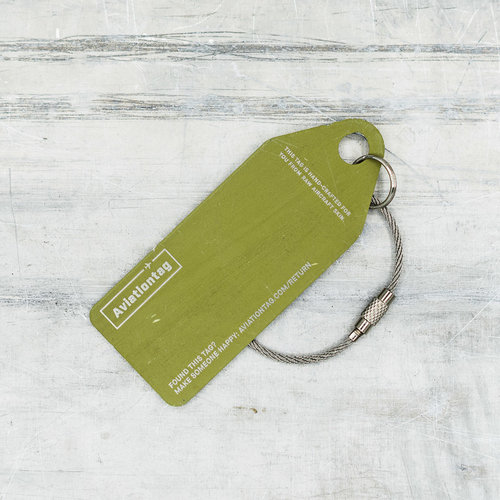 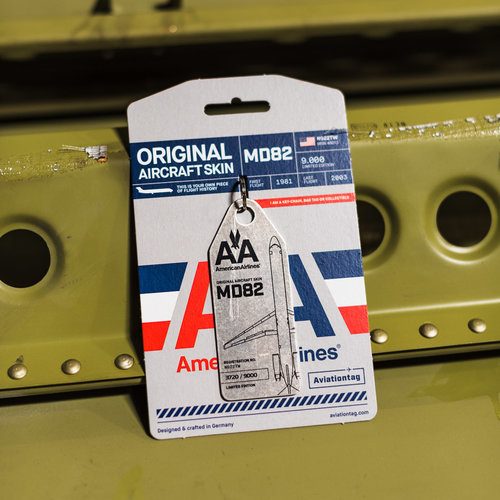 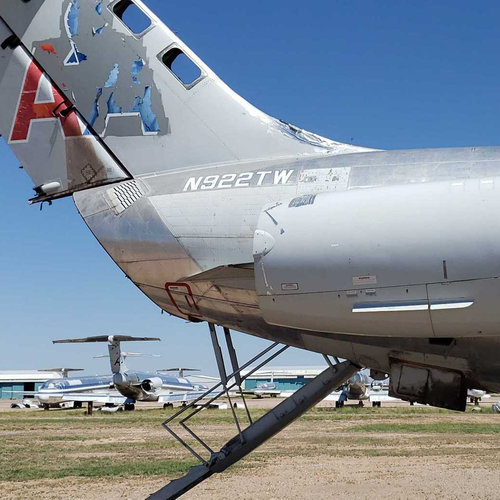 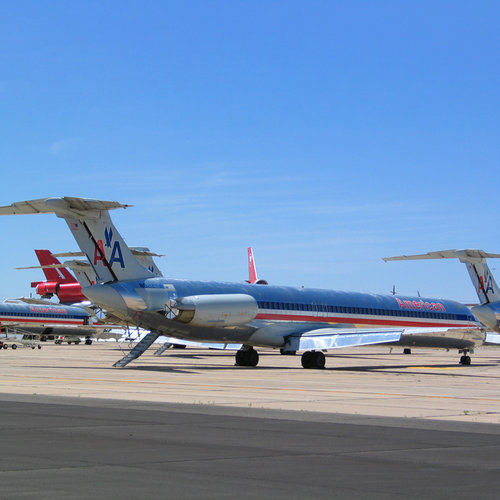 In the eighties and nineties, the MD80 gained cult status at American Airlines. Now Aviationtag is proud to present an exclusive series officially licensed by American Airlines crafted from one of the aircrafts!

The N922TW was completed on 26 July 1981 as an MD81 and initially took to the skies for Swissair before it was taken over by Trans World Airlines (TWA) in 1997 and converted into an MD82. In 2001 it was transferred to American Airlines – along with the rest of TWA.

In April 2003 it landed in Roswell, New Mexico, which was to be its last stop. Now its fuselage is being given a new purpose: as a limited-edition Aviationtag. The series is officially licensed by American Airlines and, thanks to almost 20 years of retirement basking in the desert sun of New Mexico, has a unique retro look, in some cases even sporting major scratches.

Note: If it’s a new-looking tag without scratches and patina that you’re after, then this is not the edition to go for. The American Airlines MD82 series shows clear signs of the more than 20 years of service performed by the N922TW plus its time out in the desert of New Mexico – each Aviationtag bears the marks of American aviation history and has imperfections, scratches and parts where the paint is flaking on the back, but that is what makes each and every tag one-of-a-kind. The front-side of the Aviationtag is blanc aluminum which is why we printed the tag instead of laser engraving it. Though the print is rather robust, please be careful how you use it.

The MD80 Family: Connoisseurs and fans affectionately dubbed it “Mad Dog”. Its other nickname, “Super 80”, was even used in adverts: “Have a super day”, “The Super 80’s are coming!” or “Super 80 for the Eighties” were the slogans the MD80 embarked on its high-flying career to in the eighties.

At the height of this career, the twinjet with its distinctive rear engines and gleaming aluminium finish was the backbone of all American Airlines short and medium-haul flights. Following the success of the test phase, the airline had ordered 260 “Mad Dogs” in the early 1980s. At the turn of the millennium, these were joined by another 103 aircraft from the takeover of Trans World Airlines, and from then on, around a third of all versions of this famous plane ever produced flew for American Airlines.

From 2003 onwards, the airline slowly but surely sent the planes into their hard-earned retirement. The unconventional geometry that made the Super 80 so popular had reached new limits when it came to efficiency. The last 26 planes were finally taken out of circulation simply because their useful life was at an end. The last passenger flight of an MD80 took to the skies from Dallas/Fort Worth on 4 September 2019 with flight number AA80, flying to Chicago O’Hare.