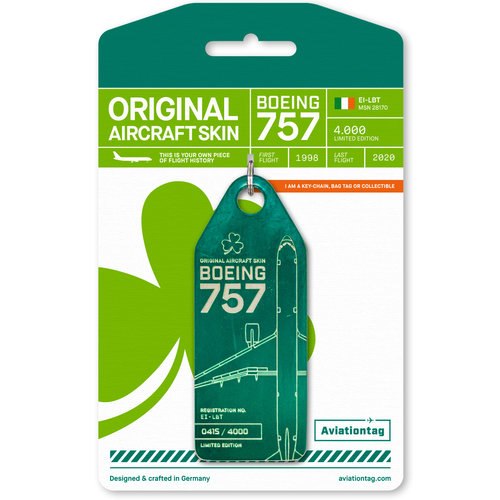 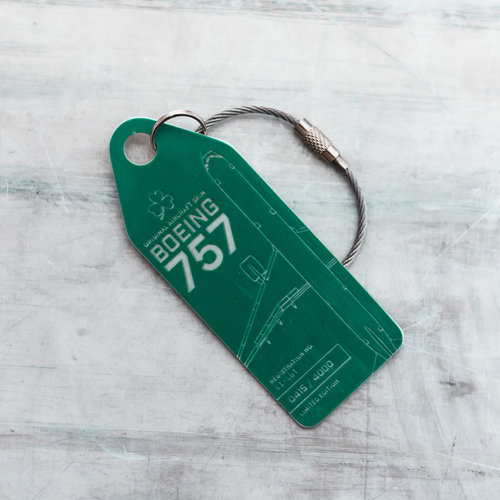 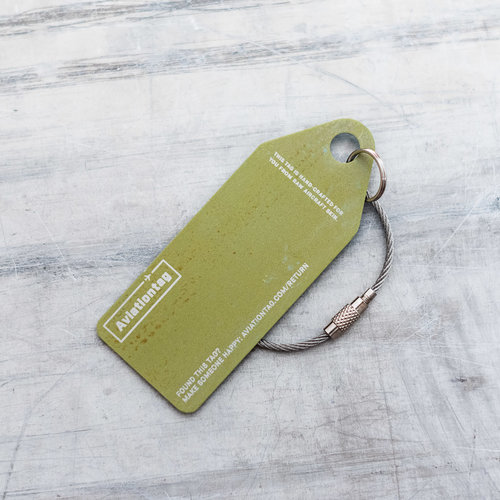 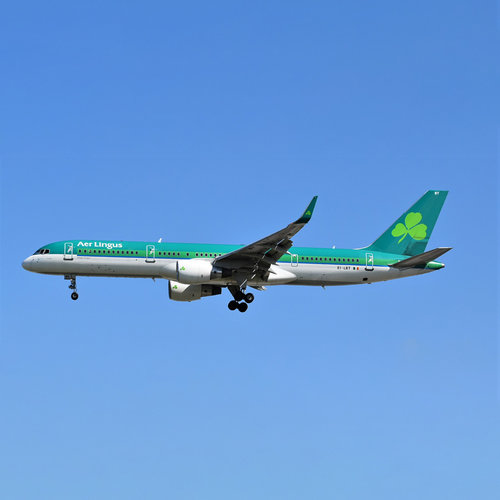 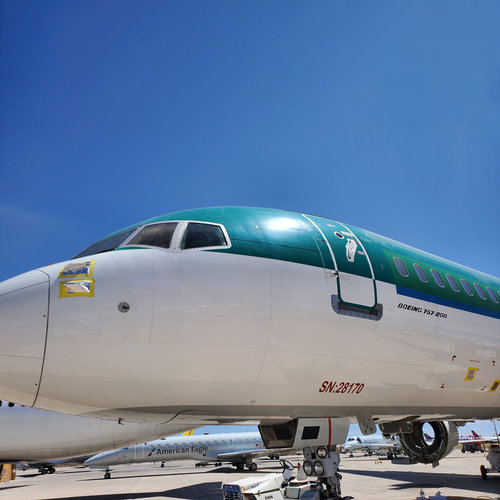 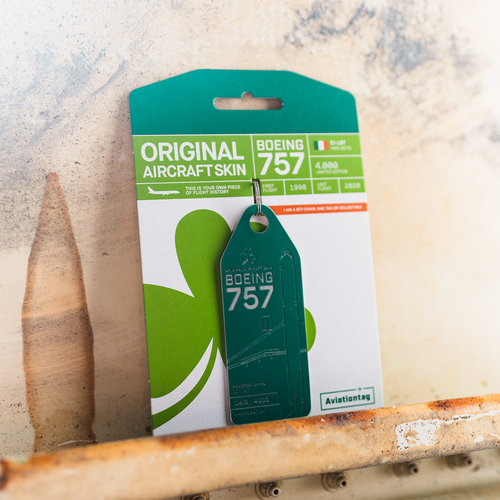 The Boeing 757-200 registered as OH-LBT (manufacturer’s serial number MSN28170) first took to the skies in May 1998 with Finnair. After eleven years of service, it put in a brief guest appearance with Italy’s Air Europe, which was forced to cease operations just a year later. So then it was back to its old home for the plane, where it flew for Finnair for another seven years.

In March 2014, its registration was changed to EI-LBT, Irish airspace becoming its new home. Up until its last flight, the Boeing 757-200 took to the skies for Aer Lingus under the name “St Brendan / Breandan”, flying from Ireland to New York and from Dubai to Washington to name just two of its routes.

In 2020, the Boeing 757-200 was removed from service and then recycled at Pinal Airpark in the US state of Arizona. After more than 20 years soaring over the clouds, we are now proud to be bringing part of its history home to you as an Aviationtag.

Go, get yours now and don’t forget the Aviationtag Case!

Boeing 757 : The Boeing 757 is a twin-engine airliner originally built for medium-haul flights, but which was then repurposed for long-haul flights over the years. Production of the 757 ended in 2004 after the 1,050th plane.